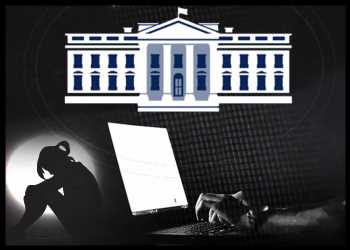 Vice President Kamala Harris launched the Task Force later in the day by hosting a survivor and expert roundtable.

The Task Force will produce recommendations for the Federal government, state governments, technology platforms, schools, and other public and private entities to prevent and address technology-facilitated gender-based violence, including a focus on the nexus between online misogyny and radicalization to violence.

Recommendations will focus particularly on increasing support for survivors of online harassment and abuse; expanding research to better understand the impact and scope of the problem; enhancing prevention, including prevention focused on youth; and strengthening accountability for offenders and platforms. The Task Force will be co-chaired by the Gender Policy Council and the National Security Council, and will include the Attorney General, the Secretary of Health and Human Services, and other heads of Federal agencies.

In consultation with survivors, advocates, educators, experts from diverse fields, and the private sector, the Task Force will develop specific recommendations to improve prevention, response, and protection efforts through programs and policies in the United States and globally.

The White House said the launch of the Task Force came in response to the need for government leadership to address online harms, which disproportionately affect women, girls, people of color, and LGBTQI+ individuals.

Recent deadly mass shootings in Buffalo and Uvalde were the latest incidents underscoring the connections between online harassment, hate, misogyny, and extremist acts. The Uvalde shooter had a history of threatening girls online, yet these violent, sexualized harms and threats were dismissed and ignored when reported.

In their annual report on Mass Attacks in Public Spaces, the U.S. Secret Service notes that special focus should be given to assessing threats and preventing violence related to “men who use digital platforms to voice misogynistic views and general animosity toward women.”

In the United States, one in three women under the age of 35 report being sexually harassed online, and more than half of LGBTQI+ individuals report being the target of severe online abuse, according to White House data.