Home » Business » Why analysts are bullish on IRCTC stock 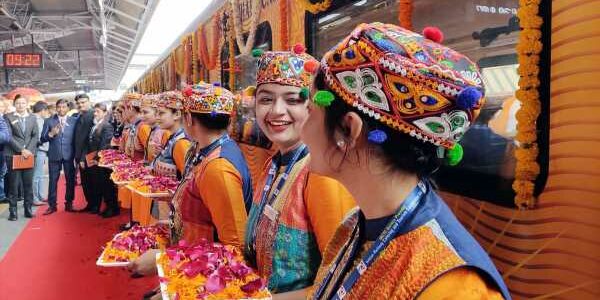 Why analysts are bullish on IRCTC stock

In the past one month, the market price of IRCTC has soared 50 per cent, as compared to a 2.5 per cent rise in the S&P BSE Sensex. 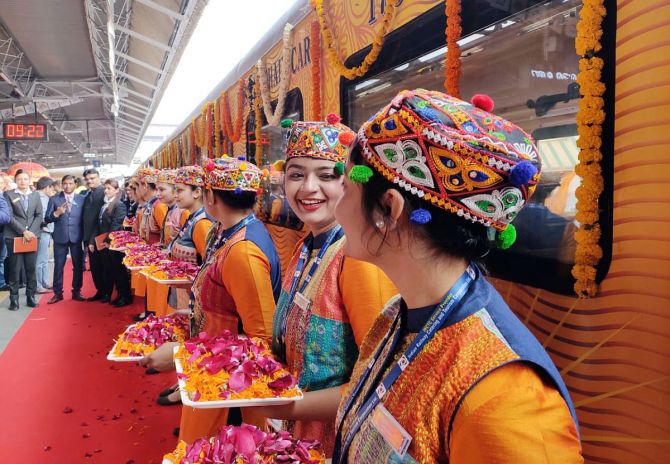 Shares of Indian Railway Catering and Tourism Corporation (IRCTC) hit a new high of Rs 4,512 after surging 8 per cent on the BSE in Wednesday’s intra-day trade, on the back of heavy volumes, ahead of 1:5 stock split.

The trading volumes on the counter more-than-doubled today, with a combined 7.02 million equity shares having changed hands on the NSE and BSE till 11:19 am.

In the past one week, the stock of the state-owned travel support services company has rallied 20 per cent after the company on September 29, 2021, said that it has fixed October 29, 2021 as the record date, to ascertain the name of shareholders entitled for subdivision/split of equity shares of Rs 10 each into five (5) equity shares of face value of Rs 2 each.

In comparison, the S&P BSE Sensex was up 0.54 per cent during the period.

In the past one month, the market price of IRCTC has soared 50 per cent, as compared to a 2.5 per cent rise in the S&P BSE Sensex.

While, in six months, it has zoomed 106 per cent, as against a 13 per cent gain in the benchmark index.

Analysts say there are a number of triggers in favour of IRCTC, which can see the stock remain in focus over the next few trading sessions.

“The company has a monopolistic business and the economic recovery coupled with an increase in travel given the vaccination level against Covid-19 infection augur well for the stock.

“That apart, there has been a trigger of the stock split, which has partly fuelled the up move,” explains Abhishek Jain, head of research at Arihant Capital.

On August 12, 2021, the board of IRCTC approved a stock split in the ratio of 1:5 to enhance the liquidity in the capital market, widen the shareholder base and make the shares affordable to small investors.

IRCTC is the only entity authorised by the Indian Railways to provide catering services to railways, online railway tickets and packaged drinking water at railway stations and trains in India.

It has a dominant position in online rail bookings and packaged drinking water with around 73 per cent and 45 per cent market share, respectively.

Another key trigger, according to analysts, is the possibility of the stock being included in the MSCI Standard Index during the rebalancing in November.

This, they say, could see inflow of around $170 million in IRCTC stock alone with an expected weigh of 0.31 per cent in the above-mentioned index.

“We have been flagging off names (SRF, MphasiS, MindTree, IRCTC and Zomato) since early September.

“All these, along with a new addition Godrej Properties, remain our high conviction inclusion for MSCI Standard Index for November rebalance.

“If all make the cut, they will see inflow of over $1 billion cumulatively,” wrote analysts at at Edelweiss Alternative Research in a recent note.