Home » Business » Why Would an Economist Ever Look on the Bright Side?

Why Would an Economist Ever Look on the Bright Side?

America’s dismal scientists can paint even a blue-sky outlook gray.

The country is experiencing the fastest economic rebound in at least a generation, but Wall Street and Washington are hardly taking a victory lap. In any other environment, the 6.3 percent pace of expansion economists have penciled in for the United States this year would represent a victory. They do acknowledge that it is a solid rebound after the shock and slump of 2020. But that doesn’t stop them from fretting about every incoming piece of data, and how quickly it can go from good to terrible.

Is the job market recovery poised to slow? Are we about to slip into a slow-growth, high-inflation stagflation? In the murky, Delta-infused post-pandemic recovery, behind every good economic data point lurks potential disaster.

Neil Dutta, the head of economics at the research firm Renaissance Macro, can see why his colleagues across Wall Street are penciling in good-not-great economic growth for 2022: After years of forecasting robust numbers and finding their projections dashed following the last recession, they have learned not to be too optimistic.

He gets it. He does. He just completely disagrees.

“Thinking about this like post-financial crisis is crazy,” Mr. Dutta said.

He lays out his pitch for faster growth the way someone might tick through cooking instructions, as though the steps are obvious and will produce an inevitable result. Consumers are sitting on a huge pile of savings. They want to spend that money. Businesses are investing in equipment so that they can supply households with the goods and services they will clearly demand in the months and years ahead. It’s a recipe for robust growth.

Mr. Dutta’s estimate that output could still be climbing by as much as 5 percent late next year makes him an outlier. Markets have spent recent months marking down their expectations for future growth, based on bond pricing. Federal Reserve officials expected 3.3 percent growth by the final quarter of next year, as of their last forecasts. Economists in a Bloomberg survey see growth settling down to 3 percent by the end of 2022.

Those would be decent numbers — most people think the economy is capable of something like 2 percent most years, given its demographics — but the forecasts are looking a little glum around the edges when you take into account the litany of possible downsides economists point out. The economy might overheat, with too-high inflation. People might permanently remain out of jobs post-pandemic, lowering the economy’s long-run potential. Parts of financial markets are looking frothy, threatening a boom and bust.

Mohamed A. El-Erian, chief economic adviser at Allianz, says that the Delta variant means there are many reasons to worry in the near-term. And the longer term is risky too, with three main impediments to growth in his view: “higher and more persistent inflation; significant and worsening inequality of income, wealth and opportunity; and climate change.”

Perhaps more of an optimist than this assessment lets on, he said that “well-designed policies” could manage those risks.

“That’s the good news,” he said. “The bad news is the window to do so is closing.”

Such a grim outcome is not evident yet. Consumers are buying goods and services at a rapid clip. They are making big investments, notably in houses, that could lead to knock-on spending on washing machines and lawn care products. Employers are hiring people in numbers that would have been shockingly high in any other environment, and the pace of job gains has picked up in recent months.

But there are reasons for the moment’s angst — and many of them tie back to inflation. Price gains have picked up rapidly, spurring a collective freak-out, causing some Fed officials to fret about their easy-money policy setting. Republicans harp on monthly data reports, convinced that attacking the Biden White House on rapid price gains is a winning political strategy. Economists in the White House itself play down the data.

What often gets lost in the mix is the reality that inflation can be a feature, not a bug, of a rapid rebound. Fed officials spent years of waiting, hoping and wishing for faster price gains that might lift consumer inflation expectations from uncomfortably low levels. 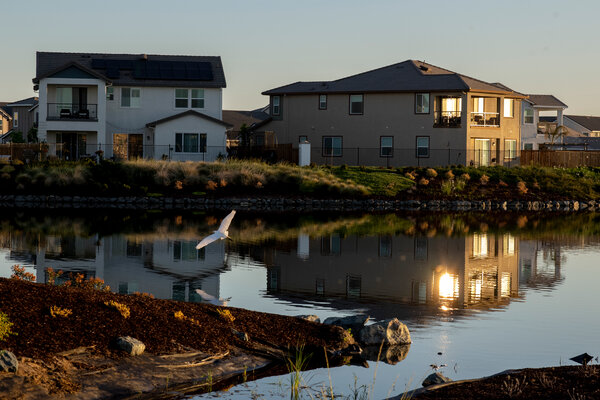 Consumers had come to expect things they buy, from toilet paper to babysitting services, to cost only a little bit more each year. Wage growth slowed alongside prices, weighing on spending and making it hard for companies to charge more. The drift lower threatened to turn into a downward spiral of economic stagnation, much like one that has befallen Japan and Europe.

Now, central bankers are getting what they wished for. The pop in prices has helped to nudge longer-run price expectations back to healthier levels, in the neighborhood of where policymakers typically think they need to be to help the Fed hit its inflation target.

Prices have been pushed higher by temporary data issues and by the consumer demand that government stimulus fueled. Most central bankers and Wall Street economists think today’s increase will fade with time. It is possible that once things settle down, prices will stabilize right around the Fed’s target — instead of under that goal, where they had been for a decade.

There is a risk that excessively fast price gains could last, and there are big reasons to remain alert to that possibility. If inflation jumps out of control, the Fed has to raise rates and plunge the economy back into a recession to cool things off, the nation’s most vulnerable workers will pay.

But it’s also easy to lose sight of the reality that inflation is a symptom, one that has come about because America is experiencing such a rapid snap back.

“It’s a much more upbeat story when you’re listening to earnings calls than our macro narrative tends to be,” said Julia Coronado, a former Fed economist and founder of MacroPolicy Perspectives. She thinks some of that is political, as Republicans try to weaponize inflation. Some of it is the nature of the profession, which is structured to point out risks, not rainbows.

“Economists are not known for looking at the glass half full,” said Ms. Coronado.

(It is an enduring observation about her profession. Thomas Carlyle in the 19th century labeled the entire economics profession “the dismal science,” and given its ring of truth, the dreary title stuck.)

Besides inflation, economists are worrying about possible asset bubbles. Central bank officials including Robert S. Kaplan, head of the Dallas Fed, and James Bullard, head of the St. Louis branch, have warned that policymakers should be keeping a careful eye on rising real estate prices. And as Delta surges, analysts of all stripes are watching closely to ensure that it does not slow shopping, traveling and dining out — while worrying that it will.

The gray cloud that seems to hang over the profession might have a silver lining. It could be the case that by monitoring the risks around high inflation and watching for impending doom, the profession is setting up America for a more sustainable expansion down the road — one where government spending policy is more carefully crafted not to tax overextended industries, and where investors believe the Fed will act if needed, keeping exuberance in check.

Mr. Dutta, an eternal optimist who has a habit of releasing all-caps tirades against his profession’s endemic pessimism, thinks people could be a little bit more excited without overdoing it.

“THIS IS A CONSUMER SLOWDOWN??” he wrote in a recent note, pointing out that credit card spending data is holding up. He celebrated the last employment report, a robust reading, by titling it “JULY FIREWORKS.”

He points out that many people think the economy would be even stronger right now if supply bottlenecks weren’t holding back production and preventing spending. At least some of that spending will presumably eventually take place when those holdups clear, setting up for stronger future growth. Plus, he points out that people are making decisions that they would not if they had a glum future in mind: Families are buying houses, which he calls the “the most irreversible-decision asset.” Businesses are buying equipment.

He talks with an air of exasperation, like someone who has been right before. That is, in part, because he recently has been: Mr. Dutta, who has a bachelor’s from New York University but who lacks the fancy doctorates many of his counterparts claim, correctly argued that the economy would not slump headed into 2020, at a time when some Wall Street economists were looking for flat or even negative growth readings as infections surged.

To be sure, he’s been wrong about other things — for instance, he did not expect inflation to pop this year, brashly and incorrectly declaring in a February note that “inflation won’t surge as Covid subsides.” But he thinks he’s onto something with this one.

“The consensus will be playing a period of catch-up,” he said.