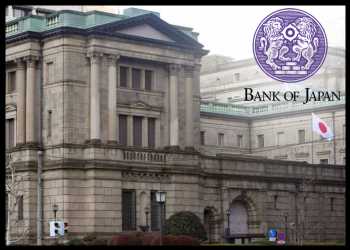 The Bank of Japan conducted an unscheduled bond buying operation on Thursday after the benchmark bond yields exceeded the ceiling.

The BoJ targets 10-year Japanese government bond yield of zero percent, with a cap of 0.25 percent. The central bank held bond buying operations as the yield rose to 0.255 percent on Thursday.

The ultra-loose monetary policy, aimed at boosting economic growth, has pushed the Japanese yen to a 32-year low against the US dollar. The yen weakened to around 149.3 against the dollar on Wednesday, much closer to the psychological barrier of 150.

The wide interest rate differentials between the Japan and the US, and the hawkish comments from the Federal Reserve officials drove the yen further down.

Early on Thursday, Finance Minister Shunichi Suzuki said excessive forex moves are absolutely intolerable and reiterated that appropriate measures will be taken in order to address the volatility, Kyodo News reported. The minister said the one-side moves in the currency market are undesirable.

The BoJ had intervened in the currency market on September 22, when the yen slid to 145.9 to the dollar. This was the first such action in 24 years. However, the impact of the latest intervention was short-lived.

Earlier this week, BoJ Governor Haruhiko Kuroda rejected the opposition’s demand for his resignation over the failure to curb the fall in currency. His term is set to end in April 2023.