Superannuation fund members who panicked during the pandemic-induced sharemarket crash and switched to their fund’s most-conservative investment options are likely to be poorer in retirement.

Fund call centres were flooded with enquiries about switching from members during the meltdown in early 2020, when the benchmark S&P/ASX 200 Index fell more than 35 per cent in just 22 trading days. 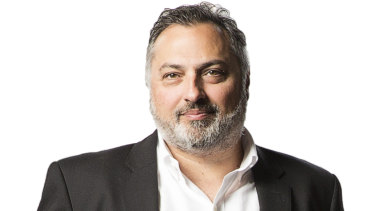 Of the more than half a million people who switched to their fund’s “cash” option, or a “defensive diversified option”, up to 125,000 members have not yet switched back to the option they had before.

Mano Mohankumar, senior investment manager at fund researcher Chant West, says someone who was in a “balanced” investment fund option at the start of 2020 and switched to “cash” on March 31 of that year – after the worst of the sharemarket falls –would have seen a cumulative return of minus 9.7 per cent by the end of March this year.

However, someone who stayed the course with a balanced investment option – where most people still working have their retirement savings – would have enjoyed a cumulative return of 15.1 per cent over the same period.

A fund member who stayed with a balanced option throughout, which Chant West calls a “growth” option, would have had a super fund balance almost 25 percentage points higher than someone who stayed in the cash option.

Super funds have a range of diversified investment options, from which members can choose, that hold various asset classes in differing proportions. Funds also have single-asset class options, such as Australian shares.

Balanced options are diversified to optimise the returns and risks for the majority of fund members.

A typical balanced option holds about 55 per cent of its total pool of funds in Australian and global shares. When markets tumbled in early 2020, these options took an immediate performance hit.

Most of the super fund investment option switching took place between late February and mid-April 2020.

As it turned out, the pandemic-induced crash was relatively short-lived and, by the end of March, most sharemarkets had started to recover.

Trying to time markets almost always leaves investors worse off. That is because they have to get two difficult decisions right – when to sell and when to buy back in. It is the same principle with super fund members: When to switch out of a particular investment option and when to move back.

“More often than not, you will be worse off trying to time the market than if you stay the course,” says Chant West’s Mohankumar.

Hostplus, a $68-billion super fund with members mainly from the hospitality, tourism and recreation industries, like other many other funds, saw plenty of members switch in 2020.

He says more than 7,000 of those members remain in the cash option.

He says sharemarkets often experience periods of volatility that can cause concern to members. However, trying to time the market by switching is just too difficult.

“A diversified asset allocation across multi-asset classes within your super fund can mean [you are] less exposed to volatile areas of the market,” he says.