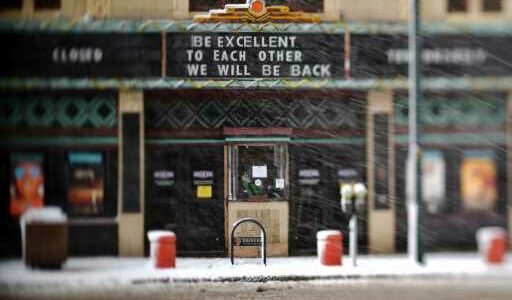 A coalition of business groups pleaded with Colorado lawmakers Tuesday to avoid passing any legislation, however well-intentioned, that would make it more complicated or costly to do business in the state.

“We need our state leaders to simply allow businesses to get back on their feet at this time. That is the only path back to economic recovery,” said Loren Furman, chief lobbyist with the Colorado Chamber of Commerce, which hosted the news conference on Zoom.

The Common Sense Institute, a group formed by the business community in the wake of the Great Recession, released a study that estimates Colorado businesses face $1.8 billion in additional costs in the next three to five years because of earlier laws passed, as well as the fallout from the pandemic, primarily a depleted state unemployment insurance trust fund.

Additional costs, not included in the study, will come with mandatory sick leave coverage, improved health insurance benefits, tighter oil and gas regulations and emissions reductions, among other things.

Replenishing that fund is mandatory, and not a policy matter. But rather than helping backfill the shortfall, lawmakers last year increased the share of wages an unemployed worker can claim, boosting the payout to recipients at a cost of $18 million a year to employers.

The state’s new paid family and medical leave is forecast to collect nearly $725 million in business premiums in the next fiscal year. The legislature also rolled back $32 million in tax breaks provided under the Cares Act to help fund education.

On the plus side for business, voters approved a reduction in the state income tax rate, which will reduce taxes there by $156 million. But the legislature is expected to take up a tax reform package that could eliminate some of the tax breaks businesses had relied on.

“We are very concerned about a package of bills that could eliminate tax credit and exemptions,” Furman said.

Lawmakers also passed a sales tax reduction for restaurants and set aside tens of millions of dollars in small-business assistance during the special session last year. But she added lawmakers have also fought for “common sense protections for workers.”

“Despite the incredible growth Colorado has seen, state government, and thus Colorado taxpayers, have had to do more every year to protect workers who are falling through the cracks because some businesses refuse to pay a livable wage or offer meaningful benefits even when profits are high,” she said in an email. “Particularly in the midst of a pandemic, it’s important to build back stronger by both working to support our economy and small businesses, and ensuring workers have the protections and support they need.”

Colorado had 150,000 fewer jobs in December than it did before the pandemic’s start, and has gone from having one of the lowest unemployment rates in the nation to one of the highest. Business leaders said the pace of any recovery will depend on the state’s business climate, which is looking less favorable than it did coming out of the Great Recession.

Small businesses have been especially hard hit in this downturn, and they are not as equipped to deal with the new programs Colorado is implementing, said Tony Gagliardi, state director of the National Federation of Independent Business.

Small businesses suffered a nearly 30% drop in annual revenue as of early February, due in part to mandatory closures that allowed better-financed national chains to remain open. One out of four small businesses has failed or is on the verge of doing so, he said.

“We implore the legislature to realize what you are doing before you do it. Have some forethought on impacts,” he said.

Regulatory and tax policies do matter in how the state’s business climate is perceived, said Kelly Brough, president and CEO of the Denver Metro Chamber of Commerce, adding that the strength of Colorado’s economy shouldn’t be taken for granted.

Anyone who cares about Colorado workers should create an environment that fosters job creation, not dampens it, she said.