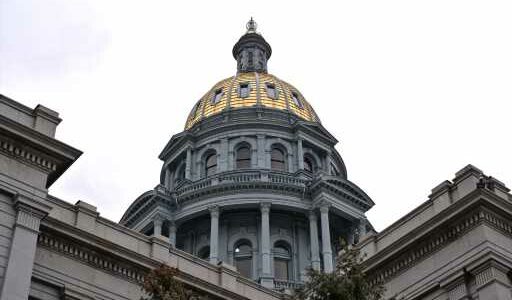 Revenue collections by state government have been so surprisingly strong that officials now expect Colorado single-filer taxpayers will each receive refund checks of at least $750 this summer.

That’s an upward revision from the previous May estimate of at least $500 per taxpayer, which itself was an increase from the amount of $400 per taxpayer that lawmakers and the governor announced in April.

Colorado’s Taxpayer’s Bill of Rights (TABOR) requires the state to refund any tax revenue it collects above a cap calculated based on rates of inflation and population growth. In many years the state collects no money above that cap. It is remarkable, then, that nonpartisan economists now anticipate the state not only has revenues above the cap, but that those revenues will total about $3.65 billion — or close to 10% of the entire state budget — for the 2021-22 fiscal year, which wraps at the conclusion of June.

“That’s far and away the largest amount that we ever will have refunded,” the legislature’s chief non-partisan economist, Greg Sobetski, told lawmakers Tuesday during a quarterly economic forecast.

Previous policy would have required all that money to be sent out in a disproportionate way, with people of higher incomes receiving more of the TABOR refund money. Republicans argue that’s how it should be, because people who earn higher wages pay higher income taxes, and thus deserve higher refund checks. But the Democrat-led Colorado legislature decided this spring to flatten the refund policy and use the bulk of the money above the TABOR cap to send checks in the same amount to rich and poor alike.

The legislature passed SB22-233 to bring about this change, which affects only this tax season. That policy not only flattened the refund check totals, but accelerated their delivery: now, taxpayers who’ve filed in time will be refunded in late summer, where previously they’d have had to wait until the 2023 tax filing season. Joint filers are expected to receive at least $1,500 checks.

Said committee Chair Julie McCluskie, Democratic state representative of Dillon, in a statement, “I’m proud of the fiscally responsible decisions we made to power the Colorado comeback and position our state to compete. We know that even with our strong recovery, families are struggling with high gas prices and the rising cost of living.”

Added Sen. Chris Hansen, a Denver Democrat and the committee vice-chair, also in a statement, “Thanks to smart, responsible budgeting, Colorado’s economic recovery is leading the way, which is good news for families that are dealing with surging prices.”

But the committee has profound, bipartisan concern about the fact that Colorado is refunding such a massive amount of money while struggling to fund many critical government services, including education and transportation. Hansen called TABOR “cancerous” on the state. The GOP tends to be TABOR’s greatest cheerleader, but Republican Sen. Bob Rankin of Carbondale said more people in his party would share the budget committee’s concerns if they studied the issue more closely.

“I love TABOR. But the TABOR index should be more realistic,” Rankin said in an interview. “We aren’t really tracking with the cost of government. … We clearly have a problem, of not keeping up with the true cost of government. As much as I advocate controlling the growth of government, we still have to track the growth. TABOR is meant to let government continue doing what it’s doing, and grow every year. It’s not doing that.”

“I remain concerned about a recession,” Rankin said. “Maybe we no longer have a TABOR refund sometime in the future.”

The governor’s budget staff on Tuesday forecast a one-in-three chance of a recession in the coming 18 months.

Overall inflation stands above 8%, they reported, but is outpaced in some key areas, including energy (34.4% increase), transportation (19.3%) and food (10.1%). Economists expect inflation will begin to taper off in 2023, dipping closer to 4%.

There are about 36,000 more people employed in Colorado now than there were just before the pandemic set in, and the state’s unemployment rate fell to just 3.5% in May, the economists reported. Most sectors have reached or exceeded pre-pandemic levels of productivity and employment, but some sectors have not yet recovered lost jobs; employment in the government sector, in particular, is well below where it was in March 2020, while employment in mining and logging, accommodation and food services, arts and entertainment, and health care all also lag.

There are more job openings than unemployed people in Colorado and in the country overall, which has helped contribute to wage growth in each of the four income quartiles presented to legislators. One-year moving averages show the first quartile — that is, the lowest 25% of earners — at 6.4% wage increase. The other three quartiles have all seen at least 3.5% wage increase over that same one-year period.

But even as wages grow, they are not keeping up with inflation.

Gov. Jared Polis commented on Tuesday’s forecast: “Colorado’s economy continues to recover faster and stronger and ahead of other states, as new good-paying jobs are added every week and Colorado’s unemployment rate continues to plummet. Amidst this strong economic recovery, we remain laser-focused on saving people money and cutting costs for Coloradans as Putin’s war in Ukraine and pandemic-induced inflation lead to higher costs across the country and globe.”