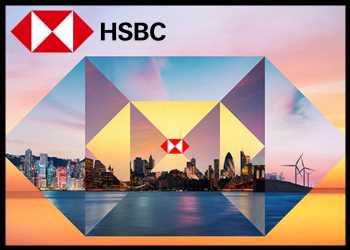 HSBC Holdings Plc reported Tuesday higher profit in its fourth quarter with improved net interest income, while net interest margin declined. All regions were profitable and the company saw growth in many of its business lines.

Looking ahead, the Asia-focused lender said it carries good business momentum into 2022 in most areas and expects mid-single-digit lending growth over the year. However, the bank expects a weaker Wealth performance in Asia in the first quarter of 2022. HSBC shares were losing around 1 percent in the early morning trading in London. The shares fell around 4 percent in Hong Kong trading.

The Board has approved a second interim dividend of $0.18 per share, making a total for 2021 of $0.25 per share. The bank also intends to initiate a further share buy-back of up to $1 billion, to commence after the existing up to $2 billion buy-back has concluded.

For 2022, the company expects mid-single-digit RWA growth through a combination of business growth, acquisitions and regulatory changes, partly offset by additional RWA savings. This growth, together with capital returns would normalise CET1 position to be within the 14 percent to 14.5 percent target operating range during 2022.

HSBC said, “Our net interest income outlook is now significantly more positive. If policy rates were to follow the current implied market consensus, we would expect to deliver a RoTE of at least 10 percent for 2023, one year ahead of our previous expectations.”

Further, the company continues to target 2022 adjusted operating expenses in line with 2021, despite inflationary pressures, with cost to achieve spend of $3.4 billion expected to generate over $2 billion of cost savings in 2022.

Revenue in the quarter grew 2 percent from last year to $12.0 billion, mainly in Commercial Banking from growth in Credit and Lending and GTRF. Adjusted revenue went up 2 percent to $12.1 billion.