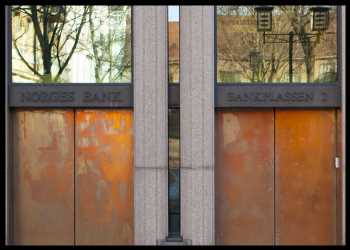 Norway’s central bank raised its key interest rate for the first time in two years on Thursday, in line with the guidance in previous months, and signaled a further hike in December, citing a normalizing economy after the Covid-19 pandemic.

The Monetary Policy and Financial Stability Committee unanimously decided to raise the policy rate from zero percent to 0.25 percent, Norges Bank said in a statement. The decision was in line with economists’ expectations.

The previous change in the rate was a quarter-point reduction to zero percent in May last year at the peak of the pandemic.

The latest hike was the first since September 2019, when the rate was raised by 25 basis points to 1.50 percent.

“A normalizing economy now suggests that it is appropriate to begin a gradual normalization of the policy rate,” Norges Bank Governor Oystein Olsen said.

“Based on the Committee’s current assessment of the outlook and balance of risks, the policy rate will most likely be raised further in December,” Olsen added.

Policymakers assessed that the economic activity is now higher than its pre-pandemic level, driven by the marked upswing after the reopening of society.

Unemployment has eased further and a large proportion of the adult population is now vaccinated against the coronavirus thus reducing the risks from a resurgence in infections rates.

Uncertainty regarding the global economic outlook and the concerns over the Delta variant have affected the krone exchange rate, which has been weaker than projected in June, the bank said.

Policymakers judged that the risk of inflation becoming too high is limited, the bank said.

The bank forecast policy rate to be 1 percent one year ahead and 1.7 percent towards the end of 2024.

The bank projected core inflation to hover around 1 percent in the coming period, before rising to close to 2 percent towards the end of 2024.

Annual mainland GDP growth was projected at 3.9 percent this year, after a 3.1 percent contraction in 2020. High GDP growth is also expected to continue next year, before decelerating to about 1 percent in 2023 and 2024.

“Barring any further unwelcome surprises on Covid-19, we expect another rate hike in both December and March 2022,” ING economist James Smith said.

“The jury’s out on whether we see an additional one or two moves in the latter half of next year.”