Markets want to hear inflation is ‘public enemy no. 1’: Expert

Potomac Wealth Advisors founder and president Mark Avallone weighs in on inflation and the Federal Reserve on ‘Mornings with Maria.’

Federal Reserve Chairman Jerome Powell on Wednesday told congressional lawmakers the U.S. central bank is committed to crushing the hottest inflation in 40 years, promising to raise interest rates until there is "compelling evidence" that prices are falling.

Powell is testifying before the Senate Banking Committee on Wednesday, followed by an appearance before the House Financial Services Committee on Thursday – part of his regular, semi-annual update on monetary policy.

"At the Fed, we understand the hardship high inflation is causing. We are strongly committed to bringing inflation back down, and we are moving expeditiously to do so," Powell said in prepared remarks. "We have both the tools we need and the resolve it will take to restore price stability on behalf of American families and businesses."

His testimony comes just one week after the Fed voted to raise interest rates by 75 basis points for the first time since 1994, underscoring just how serious policymakers are about tackling the inflation crisis after a string of alarming economic reports. The move puts the key benchmark federal funds rate between 1.50% and 1.75%, the highest since the pandemic began two years ago. 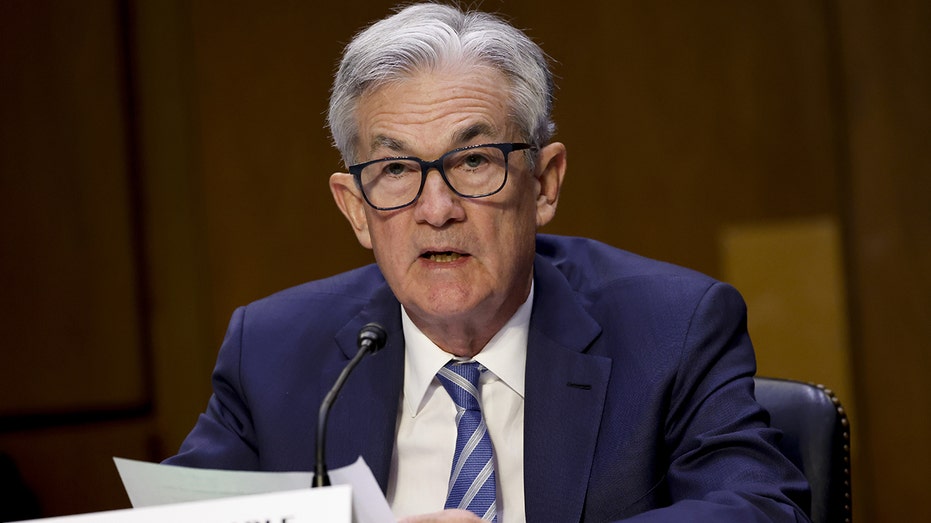 Powell told reporters at a press conference following the meeting that another 75-basis point or 50-basis point increase is on the table in July as officials race to catch up with runaway inflation. Officials expect the benchmark federal funds rate to hit 3.4% by the end of the year and 3.8% by the end of 2023 – a big upgrade from their March projections.

He echoed that sentiment on Wednesday, pledging to increase the short-term interest rate until there are signs that inflation is moving closer to the Fed's 2% target.

Although economists have been searching for evidence that inflation is starting to cool, a dismal Labor Department report earlier this month showed the consumer price index unexpectedly surged 8.6% in May, the fastest pace since December 1981. On top of that, a different survey released Monday showed that households are bracing for notably faster price increases, a worrisome sign because Fed officials believe such expectations can be self-fulfilling.

A man walks past the Federal Reserve building in Washington on April 29, 2020. (Xinhua/Liu Jie via Getty Images / Getty Images)

"Over coming months, we will be looking for compelling evidence that inflation is moving down," Powell said. "We have both the tools we need and the resolve it will take to restore price stability."

But the Fed's policies to hamper consumer demand and tame inflation are expected to slow the economy, with a growing number of Wall Street firms forecasting a recession in the next two years. Goldman Sachs, Bank of America and Deutsche Bank have all raised the odds of a downturn in 2022 or 2023.

Although Powell has said the central bank is not trying to induce a recession, he has not ruled out the possibility of a downturn and has stressed that reducing inflation is the Fed's top priority.

"We’re not trying to provoke, and don’t think that we will need to provoke, a recession," Powell said. "But we do think it’s absolutely essential that we restore price stability, really for the benefit of the labor market, as much as anything else."