Home » Economy » Spending too much on data? How to get the best value family telco plan

Spending too much on data? How to get the best value family telco plan

Once they get over the thorny question of when to let kids have a mobile device, parents have to negotiate a new world of telco products to which they’ve never paid much attention.

Does your child need a monthly post-paid plan or a pay-as-you-go pre-paid SIM? Or is a family plan a better option, with multiple SIM cards attached to the same account? 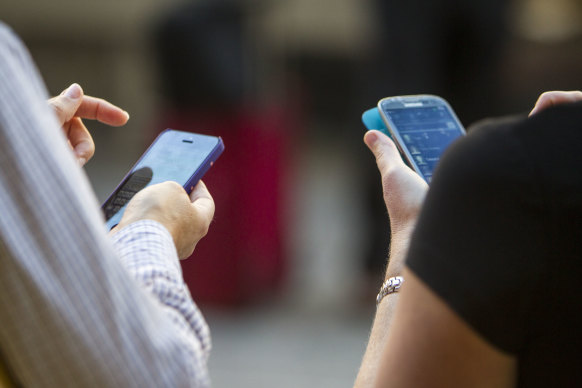 Are you spending too much on your monthly mobile bill?Credit:Glenn Hunt

With Telstra recently updating its plans to allow family bundles, now is a good time to look at the latest options.

The national telco recently re-launched its mobile and data plans to allow up to five bundle plans to be added to an account, with data shared across them.

However, there are a few catches: the bundles are only available if a parent has one of Telstra’s larger mobile plans, which start at $68 a month. The plans themselves are also not cheap, giving kids 15 gigabytes (GB) of data for $47 a month.

Given Telstra has a basic plan that gives you 40GB for $58 a month, that doesn’t seem like great value. (Speeds on the basic plan are capped at 250Mbps, but that’s still pretty fast.)

When compared to competing family plans, Optus offers about 40 per cent more data for about 20 per cent less money, based on a family of four.

Aldi Mobile also has cheap family plans that go through the Telstra network, which may suit families that don’t use much data, while low-cost telco Yomojo has the smallest and most flexible options, with as little as 28GB of data across 4 SIMs.

Here’s a comparison of the minimum monthly cost and data inclusions for a family of four:

The Australian Competition and Consumer Commission says the average mobile customer uses about 15GB of data a month, but the Telstra and Optus plans include a minimum of 34GB and 80GB per person, respectively.

It might seem like teens spend a lot of time on their phones, but Telsyte’s Australian Mobile Services Market Study 2022 found adults aged 18-44 use around 30 per cent more data than those aged 16-17. Telsyte estimates under-16s would use less again, as parents keep a closer eye on their spending.

The advantages of family plans can include data sharing, receiving a single statement, customised data caps for each SIM and parental controls. However, they’re not necessarily the cheapest option.

Four bargain-basement SIM cards with providers such as amaysim, circles.life or Moose Mobile will cost you as little as $36 a month for about 6GB of data each (24GB in total).

If you wanted the entire 225GB of data across four SIMs that is available in the Telstra family plan listed above, you could get that for as little as $120 a month across four accounts.

And the cheapest option – as with many other products – is to bulk-buy. Long expiry plans allow you to buy data that lasts for six or 12 months at a heavily discounted rate.

By bulk-buying, you can get the equivalent of about 5GB a month for less than $10 for small data users with the likes of amaysim, Catch Connect or Coles Mobile.

For the medium data users, bulk-buying gets you around 20GB of data for $25 a month, with Lebara, Boost or Kogan. Telstra also offers one of those plans.

So, families need to decide how much extra they are prepared to pay for the convenience of a single account or access to the Telstra network – which is the fastest according to speed testing website Ookla – but only marginally ahead of Optus.

Joel Gibson is the author of KILL BILLS. Catch his money-saving segments on Nine Radio, TODAY and on Twitter @joelgibson.