The knowledge economy is behind the soaring price of land

Over the two centuries and more that people have made a serious study of how the economy works, economists have fallen in and out of love with land. At first, they thought it was at the centre of everything, then they decided it wasn’t terribly important. But the wheel may be turning again. In a major speech last month, the Grattan Institute’s Brendan Coates criticised his profession for its “longstanding intellectual neglect of the economics of land”.

You don’t have to think about housing affordability for long to realise it is not actually the high cost of building a house that’s the problem, it’s the high cost of the land it’s built on.

But why is the cost of land rising much faster than the economy is growing? And why don’t economists take more interest in why this is happening and what we could do about it?

Coates began the annual Henry George Lecture by summarising the history of economists’ waxing and waning interest in land as a resource used to produce goods and services. 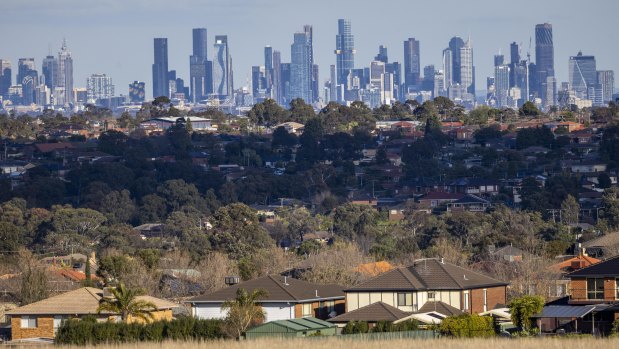 The first economists – the Physiocrats – thought of almost nothing other than land, he says. Land was fundamental: agricultural labourers were the source of economic growth, while landlords simply commandeered what the workers produced and flowed it through to the rest of the economy.

The next generation of economists, the “classical” economists of the 18th century, broadened their focus to studying the complex interaction of three “factors of production”: land, labour and (physical) capital.

Adam Smith, a Scotsman known as the father of economics, argued that the “division of labour” – workers specialising in different occupations – and technological innovation were what drove economic growth. But land was still central.

David Ricardo, an English member of parliament, argued that landlords were simply the lucky beneficiaries of land’s natural scarcity (any country has only a fixed amount of it) and its productive capacity, to produce food and fibre and even valuable energy and minerals, Coates says.

And Henry George, the last great classical economist, argued that the rental income enjoyed by landlords must be socialised by taxing the unimproved value of all privately owned land.

Do that, and you wouldn’t need any other taxes. George campaigned hard, but never persuaded any government to follow his advice.

Coates says we “would have done well – possibly much better than we have done – if we’d heeded the lessons of Henry George and paid more attention to the economics of land”.

But in the 19th century the classical economists were replaced by the neo-classical economists, who were a lot less interested in land. And in 1956, the great American economist Robert Solow developed a theory of economic growth, which held that it was improvements in the efficiency with which labour and physical capital (machines and buildings) were combined that drove our standard of living.

The role of land in production – and in inequality – disappeared from the theories economists devised to explain the world, Coates says. Instead, land was treated as just another form of physical capital.

Coates says that “the shifting focus on land in the history of economic thought reflects the changing nature of the economies that economists were trying to explain”.

The Physiocrats observed a world dominated by agriculture. It was obvious that the ownership and use of land determined what got produced, in what quantities. And who got what.

For most of the 20th century, the neglect of land was of little consequence. More important was the amount of capital invested (to make labour more productive) and the pace of innovation (ditto).

“But as the advanced economies of the world have transitioned again – from manufacturing to services – land is back,” Coates says. Economies powered by intangible capital – how much you know; how much information you can gather – strive or stagnate on the ability of individuals to come together and combine their knowledge and skills.

As any real estate agent will tell you, it’s about “location, location, location”. In Australia, it’s the Grattan Institute that’s done most to help us see that, these days, it’s big cities that drive the economy.

This concentration reflects the rise in knowledge-intensive services, clustered together at the hearts of our major cities. The willingness of businesses to pay high rents to locate in the CBDs of our big cities shows the value they gain from access to high-skilled workers and proximity to suppliers, customers and partners.

Similarly, the willingness of workers to pay much higher prices for homes located close to those employment centres shows they, too, see value in being crammed in. Our experience of working from home during the pandemic has changed this a bit – three days in the office rather than five – but not a lot.

All this helps explain why house prices have risen about five times faster than average full-time earnings over the past 25 years. And it means the price of land is a much bigger factor in the economy than it used to be.

It’s leaving existing home owners seemingly much better off, but aspiring home owners much worse off. It’s the product of a clash between the rise of the knowledge economy and our longstanding attitudes towards the taxing and regulation of land.

It should not be beyond the wit of economists to come up with a better approach.