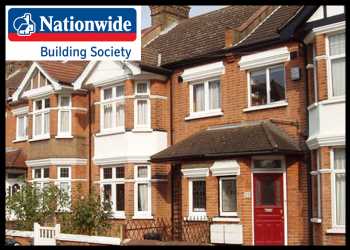 UK house prices fell for the first time in 15 months in October after the turmoil caused by the mini-budget announcement hurt the sentiment in the property market as rising borrowing cost worsen the stretched housing affordability, the Nationwide Building Society said Tuesday.

House prices dropped 0.9 percent in October from the previous month, marking the first fall since July 2021 and the biggest since June 2020. Prices had remained flat in September.

On a yearly basis, house price inflation eased more-than-expected to 7.2 percent from 9.5 percent in September. This was the slowest annual growth since April 2021 and also weaker than economists’ forecast of 8.3 percent.

Gardner observed that the market looks set to slow in the coming quarters as inflation will remain high in the months ahead and the bank rate is set to rise further.

“The outlook is extremely uncertain, and much will depend on how the broader economy performs, but a relatively soft landing is still possible,” he said.

Further, Gardner observed that the cost-of-living crisis is set to disproportionately affect lower income households as they need to spend a higher proportion of their income on essentials like food, gas and electricity. Moreover, such households are much less likely to have accumulated savings, so they will find it more difficult to cover the increase in these costs.

The Bank of England is set to announce its next monetary policy decision on November 3. The bank is forecast to hike its key rate by 75 basis points to 3.00 percent as consumer price inflation remains significantly above the target.