Home » Economy » Why Albanese needs to protect capitalism from the capitalists 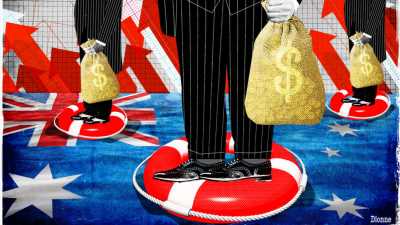 Why Albanese needs to protect capitalism from the capitalists

One of the first things Anthony Albanese and his cabinet have to decide is whether the government will be “pro-business” or “pro-market”. If he wants to make our economy work better for all Australians, not just those at the top of the economic tree, Albanese will be pro-market, not pro-business – which ain’t the same as saying he should be anti-business. Confused? Read on.

It’s clear Albanese wants to lead a less confrontational, more consultative and inclusive government – which is fine. He’ll bring back into the tent some groups the Morrison-led Coalition government seemed to regard as enemies: the unions, the universities and the charities. 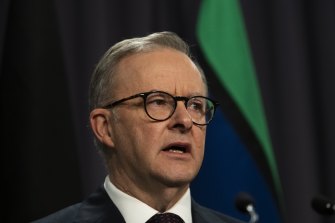 Prime Minister Anthony Albanese will have to get big business used to being listened to but not blindly obeyedCredit:Rhett Wyman

Conversely, it’s obvious he wants to retain big business within the tent – as, of course, it always is with the Liberals. Business is so powerful the sensible end of Labor never wants to get it offside.

Trouble is, over the years in which the Hawke-Keating government’s commitment to “economic rationalism” degenerated into “neo-liberalism”, big business got used to usually getting its own way – even if the process needed to be lubricated with generous donations to party funds.

If Albanese is genuine in wanting to govern for all Australians, he’ll have to get big business used to being listened to but not blindly obeyed. Which means he and his ministers will have to resist the temptation of having the generous donations diverted in the direction of whichever party happens to be in power.

Labor could do worse than study a recent speech, Restoring our market economy to work for all Australians, by the former boss of the Australian Competition and Consumer Commission, Rod Sims. He is now a professor at the Australian National University’s inestimable Crawford School of Public Policy, home to many of the nation’s most useful former public servants.

Sims starts with an important disclaimer: “I am a strong proponent of a market economy. All the alternatives do not work well. Further, our market economy has delivered significant benefits to all Australians.

“For it to endure, however, it needs improvement. Without this, it and our society will be under threat.”

Couldn’t have said it better myself. Sometimes people criticise an institution not because they hate it, but because they love it and don’t want to see it go astray. And capitalism is too important to the well-being of all of us to be left to the capitalists.

So, what’s the problem? “Running a market economy, where companies are motivated by profit, can only work as expected if there is sufficient competition, and we don’t have this now. We currently have too few companies competing to serve customers in the markets for many products; we need policies that promote competition, not thwart it,” Sims says. 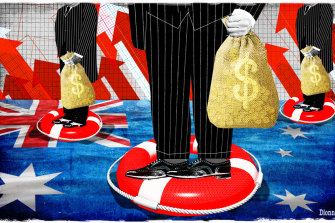 A market-based economy is one where decisions regarding investment, production and distribution to consumers are guided by the price signals created by the forces of supply and demand, he explains.

But here’s the key proviso on which the satisfactory functioning of such an arrangement is based: “An underlying assumption is that there are many suppliers competing to meet consumer demands.”

Right now, that assumption isn’t being met. Sims quotes Martin Wolf, of the Financial Times, saying “what has emerged over the last 40 years is not free-market capitalism, but a predatory form of monopoly capitalism. Capitalists will, alas, always prefer monopoly. Only the state can restore the competition we need.”

What? Wolf is some kind of socialist? Of course not. Sims puts it more clearly: “A market economy also needs the right regulation in place so that companies pursue profit within clear guardrails.” We need some changes to Australian consumer law to provide these guardrails, particularly an unfair practices provision.

‘What firms seek is market power where they can price, or pay their suppliers, as they want, without being constrained by other competing companies.’

He quotes the Harvard economist Michael Porter, a corporate strategy expert, writing as long ago as 1979 that companies achieve commercial success by finding ways to reduce competition, by raising barriers to entry by new players, by lowering the bargaining power of suppliers including their workforce [No! he didn’t include screwing their own workers, did he?] and by locking in the consumers of their products and services.

“Companies don’t want markets . . . with many suppliers all with relatively equal bargaining power,” Sims says. “Instead, what firms seek is market power where they can price, or pay their suppliers, as they want, without being constrained by other competing companies.

“They seek above-normal profits based on using some form of market power.” 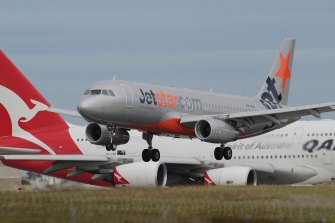 Aviation is one sector in Australia where there is a high degree of market concentration.Credit:Craig Abraham

This is not controversial, he says. “Every businessperson would agree. None wants to work in a competitive market where they simply seek to outperform their competitors. They want an edge from some form of market power.”

Too much market power in our economy can cause a range of harms to many Australians and to our society. “The most obvious harm is higher prices, which occur particularly when supply is limited relative to demand.

“When supply is plentiful, however, market power means pressure comes on workers and other suppliers.”

Sims points to the way the profits share of national income has been rising at the expense of the wages share. He also notes concerns about the lack of innovation in Australia, as well as our low productivity.

Guess what? When so many markets are dominated by a few big firms, the resulting lack of competitive pressure reduces the incentives to invest, create new products and do other things that increase productivity.

The message for the new government is clear: keep giving big business what it wants – weak merger and competition laws, plus prohibitions on union activity – and the economy will continue performing poorly. Profits will keep growing while household income shrinks.

And it will prove what the Liberals have always said: Labor’s no good at running the economy.