Home » Industries » Taliban closes in on gasoline deal with Russia

The Taliban administration is in the final stages of talks in Moscow over the terms of a contract for Afghanistan to purchase gasoline and benzene from Russia, Afghan commerce ministry officials told Reuters.

Habiburahman Habib, the spokesperson for Afghanistan's Ministry of Commerce and Industry, confirmed that an official delegation chaired by the commerce ministry was in the Russian capital and finalizing contracts for supplies of wheat, gas and oil.

"They are in negotiation with the Russian side," he said in a message to Reuters, adding they would share details once the contracts were complete.

AFGHANISTAN ONE YEAR LATER: HOW DAILY LIFE IN THE WAR-TORN COUNTRY HAS CHANGED SINCE THE TALIBAN’S TAKEOVER

A source from the office of the Minister of Commerce and Industry told Reuters technical officials from his ministry and the Ministry of Finance had stayed in Moscow to work on the contracts after a ministerial delegation visited this month.

"We are working on text of contract, (we have) almost agreed on gasoline and benzene," said the official, adding they expected it to be finished soon. 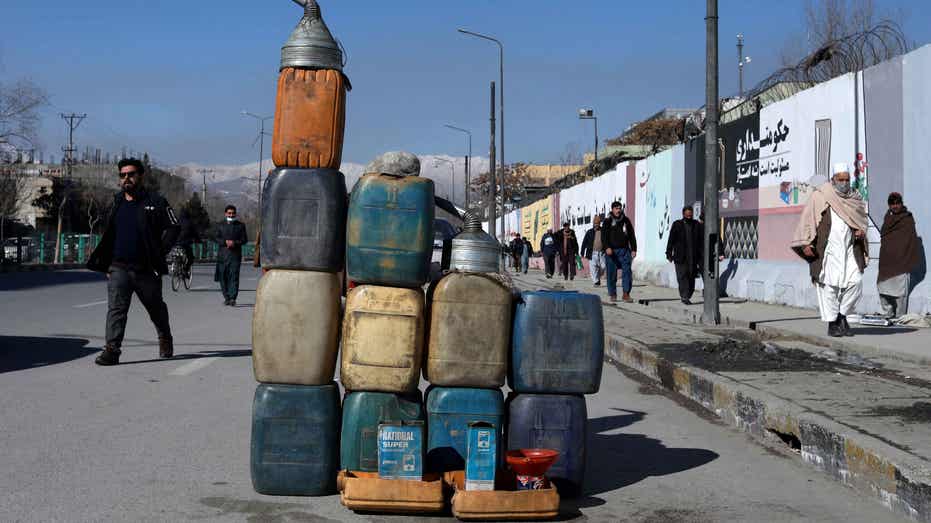 Gas cans sit for sale in the streets of Kabul, Afghanistan, on Jan. 27, 2022, where the Taliban administration is now trying to secure a gas deal with Russia. (REUTERS/Ali Khara / Reuters Photos)

Spokespeople at Russia's foreign and energy ministries did not respond to requests for comment.

The contracts come after a Taliban delegation led by the acting commerce minister visited Russia in mid-August to hold talks on trade.

If completed, the contract would be a sign of foreign countries increasingly doing business with the Taliban, despite its administration not being officially recognized by any international government since it took control of the country after U.S. troops withdrew around a year ago.

IN THE ROOM WITH THE TALIBAN: WORDS FROM ONE OF THE ONLY FEMALE REPORTERS LEFT IN AFGHANISTAN

It comes as the United States tries to convince other nations to cut down on use of Russian oil, saying the initiative is aimed at curbing the oil revenue that Moscow uses to finance its invasion of Ukraine.

Both Russia and Taliban-led Afghanistan face economic sanctions from international governments, including the United States.

No foreign government, including Moscow, formally recognizes the Taliban administration and Afghanistan's banks have been hampered by the sanctions which have left most international banks unwilling to carry out transactions with Afghan banks.

The official source said they had a plan for how payments would be made but declined to provide details on whether official banking channels would be used.

Despite Afghanistan's central bank assets being frozen, its banking sector hampered by sanctions, and a lack of formal recognition from abroad, some countries are doing business with Kabul, helping it access global markets amid a domestic economic crisis.

Pakistan is receiving thousands of tons of coal from Afghanistan a day, which the former has welcomed to ease its energy crisis. Transactions are carried out by private businesses in each country, and the Taliban administration collects millions of dollars in customs duties on the coal exports.