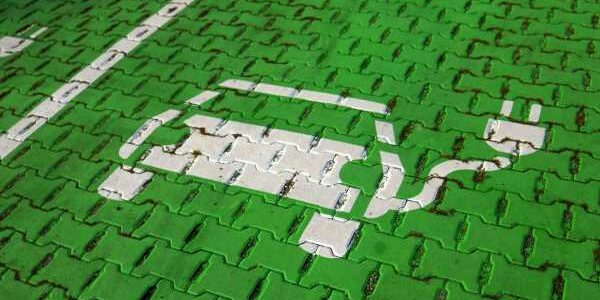 Battery makerMicrovast Inc. will go public via a merger with blank-check companyTuscan Holdings Corp. in a deal that values the combined company at $3 billion.

The companies will receive more than $800 million in cash when the deal closes, including a $540 million investment led byOshkosh Corp., BlackRock Inc., Koch Strategic Platforms and InterPrivate, according to astatement Monday.

Special purpose acquisition company Tuscan raised $276 million in March 2019. Led by Chief Executive Officer Stephen Vogel, the firm initially said it intended to focus on targets in the cannabis industry, though it could pursue an acquisition in any sector, according to its listing documents. Tuscan shares climbed 32% to $20.60 at 10:40 a.m. in New York.

“There are many battery companies out there to talk to,” Vogel said in an interview. “This is the only battery company out there we talked to that has a history of 10 years, and has revenue — its products are being used by customers every day.”

Microvast, founded in 2006, makes batteries for commercial vehicles such as taxis and buses, as well as specialty transportation including mining trucks and port equipment. CITIC Securities, a Chinese state-owned broker, led a $400 million private funding round in the company in 2017, according to itswebsite.

Last year, Microvast said it was awarded a contract by the U.S. Advanced Battery Consortium to develop low-cost and fast-charge batteries for electric vehicle applications.

“We are tackling commercial vehicles first because they’re required to run for longer hours and require better technology,” said Yang Wu, CEO of Microvast, in an interview. “I believe that carmakers are eventually going to make batteries by themselves, and why would I want to compete with my customers?”

One of the lead investors in the additional investment raised to support the transaction — InterPrivate — has also managed a SPAC.InterPrivate Acquisition Corp. signed amerger agreement with Lidar companyAeva Inc. in November.

“You’re seeing some SPAC deals that involve companies at far more of a venture stage than the growth stage,” said Ahmed Fattouh, the CEO of InterPrivate. “Microvast is far more well established in terms of employees, their team, a customer base — and it has demonstrated that its products work.”

The deal is expected to close in the second quarter, after which the company will be listed on Nasdaq under the ticker symbol MVST.