The corporate watchdog has launched legal action against the Commonwealth Bank, alleging it overcharged almost 1 million people a total of $55 million when it failed to apply fee waivers.

The Australian Securities and Investments Commission (ASIC) on Thursday sued CBA for misleading conduct over monthly account fees, saying the bank wrongly charged groups of customers including pensioners, full-time students, and people who had a home loan package deal. 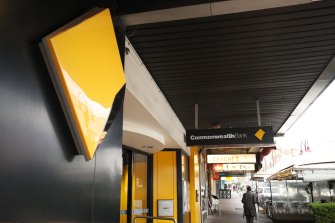 In Federal Court action, ASIC said 969,457 customers were overcharged monthly access fees between mid 2010 and September 2019 because of flawed systems and manual errors by the bank.

CBA issued an apology to customers on Thursday, but said it would be defending the matter. The bank said it had repaid customers a total of $64.2 million, including interest.

The case relates to fee waivers that were introduced by CBA in mid 2010, which said that certain groups of customers would not have to pay the monthly account fee of $4 to $6.

ASIC said the waivers applied to customers including people on age or disability pension, customers with balances of $50,000 or more, full-time tertiary students and apprentices, recently-arrived migrants, and people who had a home loan package.

“Financial institutions need to put customers first, and customers should have confidence that the banks they deal with charge fees correctly.”

The regulator said CBA failed to honour the fee waivers it had promised as its systems and processes were inadequate, or not set up properly, to oversee the process, and there were also mistakes made by staff.

ASIC claimed that each time the bank entered into a contract with a customer where a fee waiver should have applied, and each time it wrongly charged the fees, it made false or misleading representations to customers. It also accused the bank of breaching its legal obligation to provide financial services efficiently, honestly and fairly.

In a statement to the ASX, the bank apologised and said the errors should not have occurred, adding that it had reported the issue as a breach of its obligations to ASIC. However, it took issue with how the watchdog formulated the breaches and said it would fight the lawsuit.

“ASIC does not allege that any of the contraventions were deliberate,” the bank said.

“CBA has co-operated fully with ASIC during its investigation, however it does not accept the way that the alleged contraventions have been formulated in the proceedings and therefore will defend the matter.”

The bank said it had completed compensation to affected customers, whereas ASIC said CBA had only paid remediation for “the majority of customers impacted by the incorrect fee charging.”