The Commonwealth Director of Public Prosecutions told a parliamentary committee on Tuesday night it was reconsidering its prosecution of ATO whistleblower Richard Boyle and would make a decision by March 31. 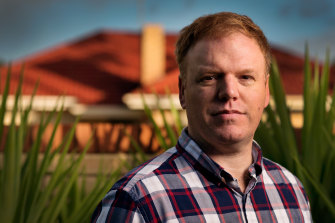 Mr Boyle hit the headlines in April 2018 when he turned whistleblower in a joint media investigation with The Age, The Sydney Morning Herald and ABC’s Four Corners titled Mongrel Bunch of Bastards, which outlined abuses by the ATO against small business and individuals.

He revealed that his area in the ATO in Adelaide had been instructed to use more heavy-handed debt collection tactics on taxpayers who owed the ATO money.

When Mr Boyle was first charged in early 2019 he faced 62 charges or the equivalent of 160 years in jail, a sentence similar to some of the country’s worst serial killers and rapists.

The charges included telephone tapping and recording of conversations without the consent of all parties and making a record of protected information, in some cases passing that information to a third party.

Those charges were later reduced to 24 for the former tax employee, and serve as a reminder of the risks whistleblowers take when they speak up in the national interest.

He has lost his job, had a breakdown, suffered insomnia and a series of stress-related heart issues after being charged.

“I feel like I almost died from the stress. I feel like they [the ATO] almost killed me and were trying to kill me” he said.

“I’ve had some dark moments. It’s taken a huge toll on my mental health. I couldn’t work. I couldn’t sleep and my health spiralled into what I describe as a devastating situation,” he said in June 2019.

He said they were told to start issuing “standard garnishee” notices to meet ATO revenue targets. 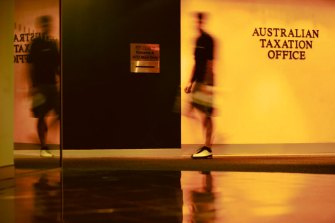 The allegations sparked several investigations into the ATO.Credit:Andrew Quilty

A garnishee is a tool that allows the ATO to seize funds from the bank accounts of taxpayers who had been assessed to owe the ATO money, sometimes without their knowledge.

The allegations sparked several investigations into the ATO that resulted in both sides of politics announcing policies to improve the lot of small businesses when they are dealing with the tax office.

Days before he went public his home was raided by the AFP and the ATO, which alleged in a warrant he had illegally taken copies of taxpayer information, photos of ATO computer screens or emails and voice recordings.

Well before he went public he had made a public interest disclosure to the ATO about his concerns about the inappropriate use of ATO powers. Those concerns were dismissed by the ATO, which prompted him to go public at great risk to himself.

Senator Rex Patrick, who has spent the past few years fighting for justice for Boyle said if the ATO had only done its job properly none of the alleged activities would have occurred.

Senator Patrick said he welcomed the CDPP’s decision to reconsider the prosecution of Mr Boyle, saying a huge injustice would occur if the prosecution were allowed to continue.

“It is not in the public interest to prosecute whistleblowers. Mr Boyle is not out of the woods yet, but the CDDP’s reconsideration of the prosecution is a very good start.”

He said an in-camera investigation by the Senate Economics Committee which he initiated and participated in found that the ATO’s investigation into Mr Boyle’s public interest disclosure was “superficial”.

“But for the superficial nature of the ATO’s investigation, the events that followed that led to the charges would never have occurred,” he said.

Whistleblower expert, AJ Brown, a professor of public policy and law at Griffith University, and a board member of Transparency International, said the decision of the DPP is one of the most important it can make, possibly in the history of public integrity at the Commonwealth level, since the Public Interest Disclosure (PID) Act was passed in 2013.

“Whatever the CDPP decides, this will be – or perhaps already is – a hugely important test case for when, how and why it is important for justified whistleblowing by federal public servants to be protected. As was intended by the 2013 legislation, and remains strongly supported across the political spectrum, and by the wider public, as the Government considers reform to further strengthen the Act. For all the right reasons,” he said.

“Why it has taken the CDPP and ATO so long to recognise the weakness of the ATO case, should perhaps be the next big question.”

Before becoming a senator in 2017, Senator Patrick was Nick Xenophon’s senior adviser and played an integral role in a deal struck to improve whistleblower protections. However, there is still a long way to go in this country to improve protections. How Mr Boyle is treated could be the start.

Start the day with major stories, exclusive coverage and expert opinion from our leading business journalists delivered to your inbox. Sign up here.