Home » Markets » How the Russian invasion will impact the US economy 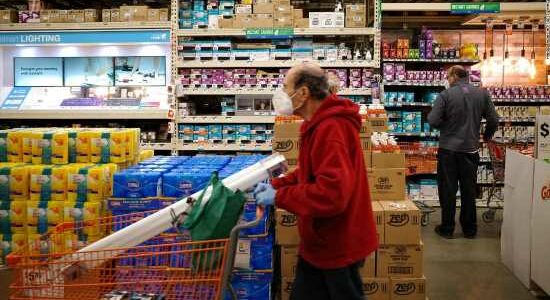 How the Russian invasion will impact the US economy

New York (CNN Business)Is the American consumer finally close to being tapped out? It appears that some Wall Street investors think that shoppers might, at long last, be ready to drop.

According to a report this week from S&P Global Market Intelligence, short selling in consumer stocks — essentially betting that share prices in the sector will go down — is at its highest level since January 2021.
“The consumer discretionary sector remained the most-shorted sector as of mid-February,” the S&P analysts said in the report, “as short sellers continued to bet that soaring inflation would eat into demand for nonessential goods.”

The market is clearly nervous about whether consumers can withstand further spikes in oil and other commodity prices as well as the interest rate hikes that are likely coming soon from the Federal Reserve.

The SPDR S&P Retail (XRT) and Consumer Discretionary Select Sector SPDR (XLY) exchange-traded funds are each down nearly 15% so far this year, more than the broader market.
Consumer spending fell in December as inflation took a toll on holiday shoppers.
“The month of December for retail was not particularly good,” said Phil Orlando, chief equity market strategist at Federated Hermes. “And I’m being charitable. It was terrible.” 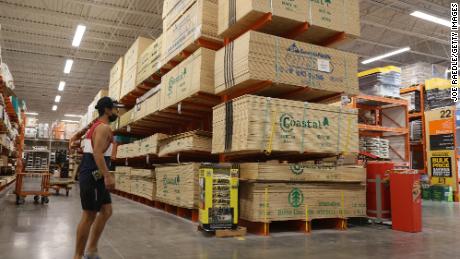 Spending bounced back in January, but Orlando argued that a big chunk of the gains may have been due to the use of holiday gift cards, which get counted as retail sales when they are redeemed. And consumer spending may weaken further now that energy costs are skyrocketing.
With that in mind, Orlando said consumer stocks could continue to struggle, especially since higher oil and gas prices, coupled with the prospect of rising rates, is hurting consumer confidence.
What’s more, stimulus checks from the pandemic have run out. So consumers would either have to take on more debt or tap into savings to keep spending at robust levels.
“People don’t have as much dry powder on the sidelines,” Orlando said.
And if consumer spending stalls, retail stocks could fall even further.

“We won’t see a rebound in a couple of months for stocks,” said Phillip Toews, CEO of Toews Asset Management.
“The bear case was that we might be headed for a bear market before the [Russian] invasion due to high inflation and rising interest rates,” Toews said. “Now we have spiking energy prices. Consumer stocks could be part of a broader pullback.”
Source: Read Full Article