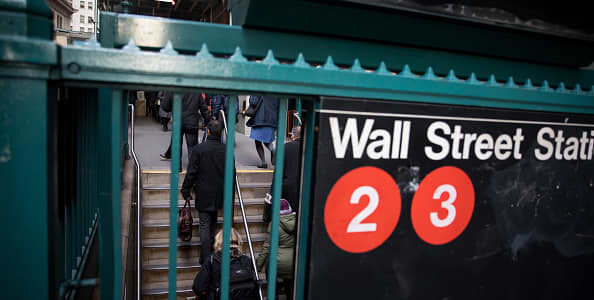 Futures contracts tied to the major U.S. stock indexes held steady at the start of the overnight session Thursday evening as Wall Street awaited the key June jobs report and another glimpse at the recovering U.S. labor market.

Contracts tied to the Dow Jones Industrial Average slipped 9 points, while those linked to the S&P 500 and Nasdaq 100 dipped less than 0.1% each.

Economists expect nonfarm payrolls grew by 706,000 jobs in June and that the unemployment rate fell to 5.6% from 5.8%, according to Dow Jones. If employers added as many jobs as expected, the print would top the 559,000 jobs created in May.

The average hourly wage is estimated to have jumped 0.3% on a month-over-month basis, and climbed 3.6% over the last 12 months. The government's weekly report on first-time jobless claims, published Thursday morning, came in at 364,000 and set a pandemic-era low.

While Friday's headline job creation number is important, traders will likely scrutinize the change in average hourly earnings for any signs of an unexpected increase in labor costs. Labor is often corporate America's top cost, and spikes in wages can precede broader inflation throughout the U.S. economy as firms look to pass on rising input costs onto their customers.

Inflation is the purview of the Federal Reserve, which could move to curb its easy monetary policies sooner than expected — and potentially upset markets — if prices rise too fast.

"For the first time in over two years, the upcoming jobs report may make the Fed get more aggressive about reducing accommodation, and as such the biggest risk for tomorrow's report is that it's 'Too Hot,'" The Sevens Report founder Tom Essaye wrote.

"While I don't expect tomorrow's jobs report to materially alter the Fed's outlook, the fact is this market has aggressively priced in 1) Temporary inflation and 2) A still-very-dovish Fed," he added. And "if either of those ideas are challenged by wages or the jobs number over the next few months, then the chances of a correction (not a pullback, but a correction) will rise."

Despite that risk, equity markets have been on a strong run in recent days and continued to post records on Thursday.

The economic rebound sparked by vaccine deployment and looser Covid-19 restrictions helped the S&P 500 rise by more than 14% in the first half of the year. The Dow and Nasdaq also posting double-digit percentage gains during the six months ended June 30.