Suncorp says claims from this month’s flooding disasters across NSW, south-east Queensland and Victoria will cost it up to $250 million, as it warned against building new homes in high-risk areas.

As the industry’s total claims from the floods approach half a billion dollars, Suncorp said on Wednesday it had received slightly more than 7600 claims across the three states, with NSW the hardest hit. 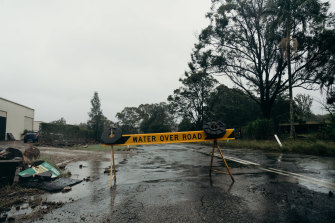 Warning signs in Telegraph Point, near Port Macquarie. Suncorp said NSW accounted for most of its claims.Credit:Matt Gilligan

Suncorp, which had assessors on the ground in the hard-hit NSW Mid North Coast region over the weekend, said NSW accounted for three-quarters of the claims.

“Suncorp continues to work with our customers, particularly in the hardest-hit areas of the Mid-North Coast of NSW and Western Sydney,” Mr Johnston said.

“Floods too frequently devastate communities across Australia, which is why as a country we must address this risk. Unfortunately, many homes in Richmond, Windsor, Penrith, Port Macquarie and Taree are in medium to very high flood-risk areas. 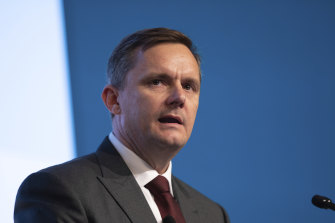 “We must also improve planning decisions to ensure we are not building new homes in high-risk areas.“: Suncorp CEO Steve Johnston.Credit:Attila Csaszar

Suncorp, which owns brands including AAMI, GIO, Bingle and Apia, estimated claims costs from the floods at between $230 million and $250 million. It said its claim costs from the event would be capped at $250 million due to its reinsurance, which is used to limit insurance companies’ exposure to large disasters.

On Wednesday the Insurance Council of Australia said insurance companies had received 33,152 claims from the floods, at an estimated cost of $497 million.

Insurance Australia Group last week estimated it would face $135 million in claims from the event, and that it was likely to exceed its budget for natural peril claim costs for the financial year.

Citi analysts said IAG was only likely to marginally exceed its budget for perils claims, but another large natural disaster would be more of a threat to earnings.