The murky world of offshore finance has once again been exposed by the International Consortium of Investigative Journalists, a Washington-based group founded in 2017.

The latest investigation, dubbed the Pandora Papers, is the consortium’s largest data project to date and sheds light on the thousands of offshore companies used by some of the richest and powerful people in the world to hide their wealth. 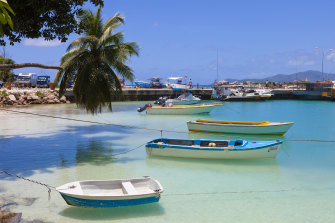 The stereotype of foreign businessmen getting rich on tropical islands is not so far from reality in the murky world of offshore finance.

Among those named are 35 current or former country leaders, but also celebrities, sports stars, judges, tax officials and the world’s richest individuals.

While there are legitimate uses for offshore companies, the investigation is a timely reminder that there is often one set of rules for the global elite and another for everybody else.

What is an offshore company?

Anyone can set up a ‘shell company’ in a low tax jurisdiction, like Puerto Rico, Panama or the Cayman Islands, with relative ease (for a fee).

There are legitimate reasons why someone might do this.

People with business dealings spanning multiple countries often set up offshore companies in tax havens to pool profits to avoid being taxed twice. This only becomes illegal if the profits are not declared in the individual’s home country.

While there is a lot of grey in the world of multi-jurisdictional finance, shell companies are also used for outright illegal purposes – tax evasion, money laundering, fraud, organised crime.

While Luxembourg and Switzerland are known tax havens of the West, the stereotype of foreign businessmen getting rich while wearing shorts from offices overlooking the beach is not so far from reality.

While international organisations, like the Organisation for Economic Co-operation and Development (OECD), have sought to stamp out illegal tax evasion for decades, the influx of foreigners to small island nations creates political divisions resistant to regulation.

By reducing tax to zero, or close to zero, governments can transform tourism-reliant economies into magnets for the rich and famous who support local businesses and drive up employment. For this reason, tax havens can be resistant greater global oversight, with some governments outright refusing to join multilateral treaties that foster information sharing.

One such example is the J5, a collaboration between Australia, the UK, US, Netherlands and Canada created in 2018 that homed in on Euro Pacific Bank last year, a Puerto Rican-based entity with ties to Westpac suspected of facilitating organised crime.

What are the Pandora Papers?

The ICIJ was contacted by an anonymous source in 2019 who, over time, leaked 11.9 million documents making up 2.94 terabytes of data from 14 offshore providers.

The records, which include emails, passports, bank statements and spreadsheets date back to the 1970s and paint an exhaustive picture of who is participating in offshore finance.

The ICIJ shared the files with more than 600 journalists in 130 media organisations around the world, in what has been dubbed “the biggest journalism collaboration in history” and one of the world’s largest data leaks.

The journalists then scoured through the documents using technology and old-fashioned elbow grease to identify which powerbrokers were involved and are now revealing the behind-the-scenes stories.

Why is it significant?

The most commonly known ICIJ project is the Panama Papers, that lifted the lid on the offshore finance industry through data leaked from the world’s fourth largest offshore law firm, Mossack Fonseca.

By exposing the personal financial information of wealthy individuals and public officials who had used Mossack Fonseca’s services, the investigation was the largest exposé of the industry that thrives on secrecy.

In Australia, former prime minister Malcolm Turnbull was forced to explain why he was the director of a mining company administered by Mossack Fonseca during the 1990s. Turnbull said at the time that the company never made a profit and if it had, everything would have been reported.

The new project, Pandora Papers, is larger. And once again, it’s set to force powerful people to explain why they’re shovelling money offshore.

What is the Australian connection?

There are around 400 Australians, out of the total 40,000 global citizens, who have been caught up in the Pandora Papers.

There is no suggestion that Mr Briggs or Mr Harker did anything illegal.

The Australian Tax Office (ATO) has said it will analyse the documents to identify “any possible Australian links”.

The documents have also landed while the federal government is conducting an inquiry to probe the resilience of Australia’s anti-money laundering regime.

As part of this inquiry, Labor senator Deb O’Neill is accepting submissions on whether the Anti-Money Laundering and Counter-Terrorism Financing Act should be extended to non-financial businesses, including accountants and lawyers.

The Pandora Papers will be sure to refocus the debate on the need for greater oversight of these industries, who are often among the first to witness criminals entering the financial system.

It’s estimated around 10 per cent of the world’s wealth is parked in offshore tax havens, costing governments hundreds of billions of dollars in lost tax revenue.