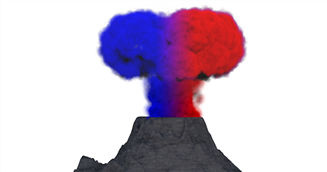 Welcome back! Believe me, we are more than ready to say goodbye to 2020 — right after we finish up this last bit of business down in Georgia. It’s Monday, and this is your politics tip sheet. Sign up here to get On Politics in your inbox every weekday.

Here we are, folks. I hope you rested well over the holidays and found some time to put your news alerts on “mute.” (I know I did.) Four days into 2021, we’re still waiting to put the 2020 elections fully to bed.

The candidates in Georgia’s two Senate runoff races are trying to eke out what seem likely to be razor-thin wins. And President Trump — who still refuses to concede to Joe Biden — recently urged Georgia officials to “find” him exactly 11,780 votes, the number he’d need to reverse his loss there.

And what about the rest of us? Well, as we enter the first full week of a year that was supposed to be different, we’ll be putting up with this political circus for at least a little longer.

And with that, allow me to welcome you back to “On Politics”! Lisa and I have each enjoyed our time off, but we’re excited to dive back into the maelstrom. Things will be a little different around here than they were last year: You’ll still be hearing from me every morning, Monday through Friday, but we won’t send you multiple emails each day (except on special occasions). Lisa will weigh in once a week with a column that will land in your inbox on Saturdays.

Now, let’s get caught up. In case you missed it, The Washington Post published a recording yesterday of Trump’s call with Brad Raffensperger, Georgia’s Republican secretary of state, and Raffensperger’s lawyer, in which the president vaguely threatened that Raffensperger could be prosecuted if he didn’t go out and “find 11,780 votes” to overturn the election results in Georgia. Raffensperger, who has repeatedly stood by the results, flatly refused to help.

But Trump is likely to find a more receptive audience today, when he lands in rural North Georgia for one last rally on behalf of Kelly Loeffler and David Perdue, the state’s two Republican senators. More than three million early votes have already been cast in the state’s runoff elections, in which the senators are facing Democratic challengers, the Rev. Raphael Warnock and Jon Ossoff; Election Day is tomorrow.

Republicans are openly worrying about the effect that Trump’s debunked claims about voting fraud will have on the election.

When we spoke last month for an article, the Republican pollster Robert Cahaly told me that Trump’s attacks on the credibility of the voting process could well drive down participation among his party’s base.

“If someone believes the election wasn’t legit, and that voter then asks the logical question — ‘Well, if you want my vote to count, what are you going to do differently?’ — and Republicans don’t have an answer for them, it affects their enthusiasm,” Cahaly said. “My question is, can the Republicans overcome that? I’m not sure they can.”

And Trump has only seemed to double down on his claims in the past few weeks.

Polls — including those by Cahaly’s Trafalgar Group — are not assuaging Republicans’ concerns. None of the traditional polling outfits that we’re used to relying on have conducted surveys ahead of these runoffs (they’re taking a break after a tough year for polling and licking their wounds), but the ones that we do have are a cause for Republicans to worry.

In Washington, Trump’s inability to accept his defeat has left him increasingly isolated — but he still has a posse. No matter what happens tomorrow, the Senate’s Republican caucus will remain divided by Trump’s loyalty tests, and it promises to be an ugly scene on Wednesday, when Congress will convene, one day after the Senate elections, to certify the Electoral College results.

A dozen Republican senators have now said that they intend to challenge the election outcome. That’s not nearly enough to successfully overturn the results, particularly since the chamber’s Republican leadership has already indicated it considers Biden the rightful winner, but it’s enough to cause a stir.

The 12 senators who have indicated they will contest the results on Wednesday are a mixed bunch, but many of them — including the relatively young and staunchly pro-Trump senator from Missouri, Josh Hawley, and four lawmakers who were just sworn in yesterday after being elected to the Senate for the first time in November — appear to think that their brightest days in politics are still ahead.

But what about the several dozen Republican senators who aren’t heeding the president’s cries? With all eyes on Georgia, he has tried to make the secretary of state there into a villain — but Raffensperger, with his conservative track record and his carefully calibrated statements throughout this head-spinning process, just might come out with his credentials burnished.

It bears mentioning that the Republicans aren’t the only party with a unity problem. Whether Biden assumes office with a slim Democratic majority in both chambers or a split Congress, he will have to contend with an increasingly factious party. Immediately after the November election, with Democrats reeling from unexpected losses in down-ballot races across the country and looking ahead to a narrow majority in the House, moderates complained that they had been dragged down by Republicans’ attacks on left-wing figures like Representative Alexandria Ocasio-Cortez, and by rallying cries like “defund the police.” But progressives have fired back, saying that it is the left wing of the party that is carrying its most popular messages, and that moderates were the victims of their own poor campaigning.

In an interview last month, when pressed, Ocasio-Cortez said she thought it was time for Nancy Pelosi to step down as speaker of the House — though she added that doing so without first finding a better alternative could lead to “something even worse.”

Yesterday Pelosi, well known as a steely steward of party unity, managed to win re-election as speaker — though a few Democrats defected, and some members simply voted “present.” Notably, Ocasio-Cortez and other members of the left-leaning Squad backed her.

By the appearance of his cabinet and staffing choices, Biden seems to be going just about all-in on a moderate approach: He has filled key White House staff positions with establishment Democratic figures. Many have spent some or all of the past four years in high-powered lobbying positions, and critics on the left have begun to complain audibly that while he has focused on racial and gender diversity in his appointments, he hasn’t yet given a position with considerable power to a leader on the party’s left wing.

Still, Democrats of all stripes agree that those intraparty debates won’t be nearly as relevant if the runoffs don’t go their way in Georgia.

So for at least for another couple days, that’s where we find ourselves: bating our breath, waiting for those final returns to come in, before 2020 really vanishes into the rearview at last.

Photo of the day

Speaker Nancy Pelosi was re-elected on the opening day of the 117th Congress.

Could youth turnout tip the scales in Georgia?

Young people have not typically been the most reliable voters to turn out, especially in runoffs and other special elections.

But Democratic organizers in Georgia — heartened by the surge in voter turnout across the board in November that helped Biden flip the state blue — are now placing a big bet on these voters. And college Republican groups are fighting vigorously, too.

Turnout organizations have used an increasingly diverse array of tech tools to reach these voters, even as the surging pandemic puts a damper on in-person gatherings: TikTok videos, poetry readings, drive-in events with celebrities, phone-banking competitions and even some GOTV efforts using the dating app Tinder.

As our correspondent Rick Rojas reports from Atlanta in a new article, “few groups have been as vigorously pursued as young voters.”

And that’s saying something: Hundreds of millions of dollars have been poured into the race on each side, making these among the costliest Senate campaigns in history.

And the work has shown results. More than 75,000 new voters have registered ahead of the runoffs, as Rick reports, with more than half of them under 35.

Indeed, young people on both sides of the aisle have found themselves particularly energized by the country’s spotlight on Georgia politics. “I think that young voters have felt so disconnected from politics and their voice was not heard,” Bryson Henriott, a University of Georgia student and the political director for the school’s College Republicans chapter, told Rick. “They’re the ones door-knocking for these campaigns, they are the ones on social media. Now that young people feel like they have a voice in politics, they’re going to stay focused.”