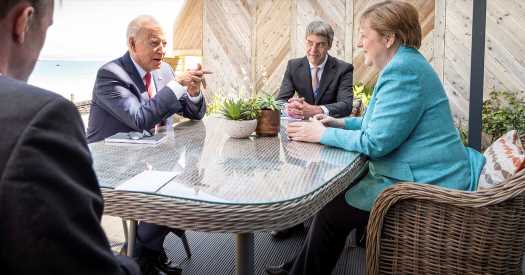 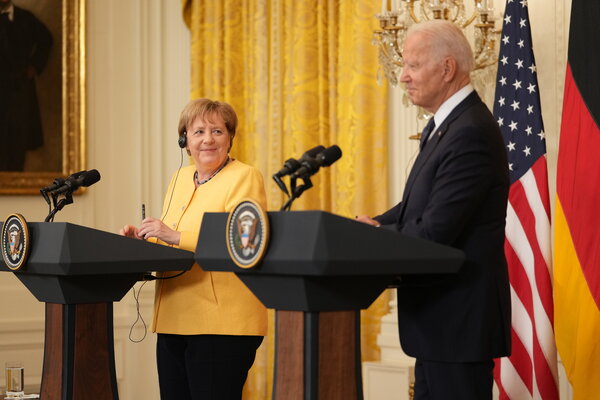 By Katie Rogers and Glenn Thrush

President Biden hosted Angela Merkel at the White House on Thursday, a working visit that allowed him to shore up a diplomatic relationship that had frayed during the Trump era — even as both acknowledged that significant differences remain in their policies toward Russia.

In a news conference in the East Room after the meeting, Mr. Biden said he broached the contentious issue of the $11 billion Nord Stream 2 pipeline, a natural gas conduit being built between Germany and Russia, a project that Mr. Biden and his predecessors have assailed as little more than a coercive tool against Ukraine and other allies.

“Good friends can disagree,” he said of the project.

Mr. Biden conceded that Ms. Merkel had not changed her thinking on the Russian pipeline, “While I reiterated my concerns about Nord Stream 2,” Mr. Biden said, the pair were “united in our conviction that Russia should not be able to use energy as a weapon.”

Earlier this year, Mr. Biden waived congressional sanctions on the Russian company building the Nord Stream 2 gas pipeline and its German chief executive, effectively conceding that an effort to halt the project, which is expected to be complete by the end of this year, was not worth the expected cost to U.S.-German relations.