New York (CNN Business)Lara Logan, a Fox News personality and host on its streaming service, was condemned by prominent Jewish groups and the Auschwitz Museum after she compared Dr. Anthony Fauci to a Nazi doctor infamous for performing medical experiments at the Auschwitz death camp.

In an appearance on “Fox News Primetime” Monday, Logan said that people have told her that Fauci doesn’t represent science, but represents Josef Mengele, the Nazi doctor who became known as the “Angel of Death” for the atrocities he committed. 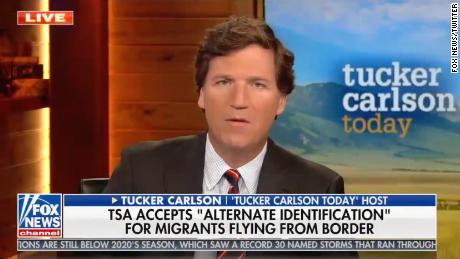 “I am talking about people all across the world are saying this,” Logan claimed, providing zero evidence to support her wild assertion.

Fox News did not respond to requests for comment.

But elsewhere, the reaction was swift, with top organizations calling out Logan’s comments as reprehensible.

“Exploiting the tragedy of people who became victims of criminal pseudo-medical experiments in Auschwitz in a debate about vaccines, pandemic and people who fight for saving human lives is shameful,” the Auschwitz Museum said on Twitter. “It is disrespectful to victims & a sad symptom of moral and intellectual decline.”
Jonathan Greenblatt, the head of the Anti-Defamation League, said in a statement that “there’s absolutely no comparison between mask mandates, vaccine requirements, and other COVID-19 mitigation efforts to what happened to Jews during the Holocaust.”
“This includes making outlandish and offensive analogies suggesting that somehow Dr. Anthony Fauci is akin to Nazi war criminal Josef Mengele, known for his gruesome medical experiments on concentration camp prisoners,” Greenblatt said.
The American Jewish Committee called the comments “utterly shameful” and said “an apology is needed.”
“Josef Mengele earned his nickname by performing deadly and inhumane medical experiments on prisoners of the Holocaust, including children,” the organization wrote, adding, “there is no comparing the hell these victims went through to public health measures.”

Logan was formerly a correspondent for CBS News’ famed program “60 Minutes.” At the network, she faced significant scrutiny for errors in a report she did on the Benghazi attack, ultimately resulting in her apologizing for the inaccuracies and being forced to take a leave of absence.
Logan left CBS News in 2018 and joined Fox News in 2020. She told The Los Angeles Times when she joined that she wasn’t “trying to be an opinion person,” but has since become one of the right-wing channel’s most conspiratorial talking heads.
Source: Read Full Article