Arlene Foster says Sefcovic ‘had his head in the sand’

Arlene Foster attended the meeting between Cabinet Office Minister Michael Gove and Maros Sefcovic to discuss the issues of good checks between Great Britain and Northern Ireland. While Mr Gove attempted to extend the three-month grace period to 2023, Whitehall officials confirmed this was not given. Instead, reports suggest only a few extra months will be granted as Ms Foster revealed Mr Sefcovic wanted to increase the goods checks which have caused delivery delays for NI citizens.

Host Robert Peston also asked: “You’ve seen the letter that Michael Gove wrote to the EU negotiator, Maros Sefcovic, and the reply (from him) was where he was broadly saying you’re going to have to ‘lump it’.

“And you know, this hard border, these checks are going to remain, what do you make of that?”

Ms Foster then explained: “Well, I wasn’t surprised because I sat in on the meeting between Michael Gove and Maros Sefcovic last week and it really was an occasion of putting his head in the sand and his fingers in his ears.

“There was complete ‘as if nothing had happened’ the Friday before in terms of the Article 16 triggering by the European Commission and that we should all just move along and pretend that it hadn’t happened. 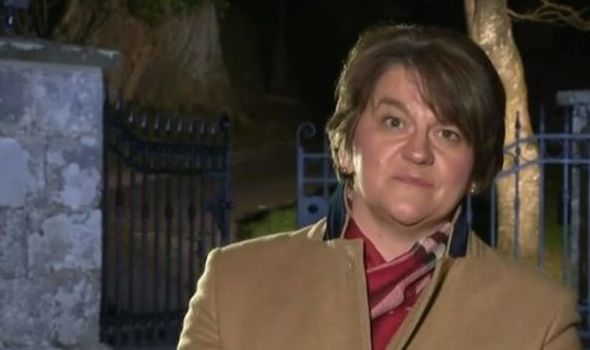 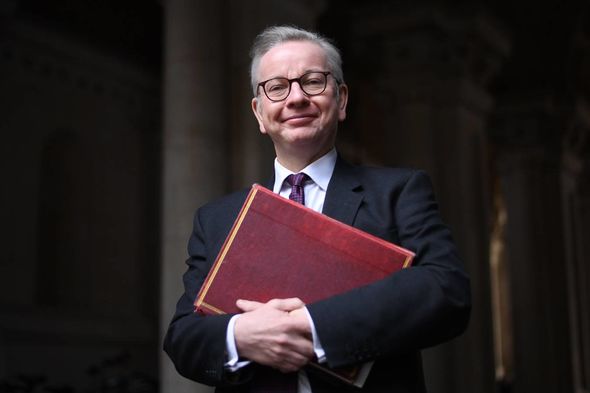 “But worse than that, in his response to Michael Gove this evening he’s actually asking for more protocols.

“So the answer for the difficulties with the Protocol and the fact that we have this real problem for trade between Great Britain and Northern Ireland… is more protocol and we need to be tighter on the Protocol and I think that’s an incredible state of affairs.”

The EU Commission’s triggering of Article 16, which was quickly retracted, has caused rumblings within Northern Ireland as it is believed Irish loyalists have been threatening border staff.

They wish to avoid an Irish Sea border as the EU threatened to put a hard border between NI and the Republic of Ireland to monitor vaccine exports into Britain. 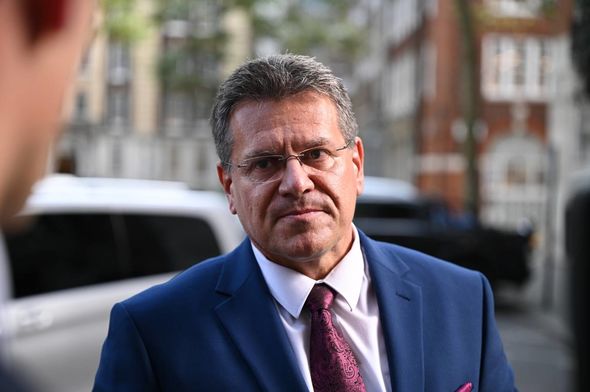 Mr Sefcovic will meet Mr Gove on Thursday to discuss the Protocol after exchanging letters.

Mr Peston also asked: “Just give us a sense of how separated you feel from Great Britain at the moment.

“Are supermarkets, businesses, ordinary people still struggling to get what they want from Great Britain as a result of this Northern Ireland Protocol?” 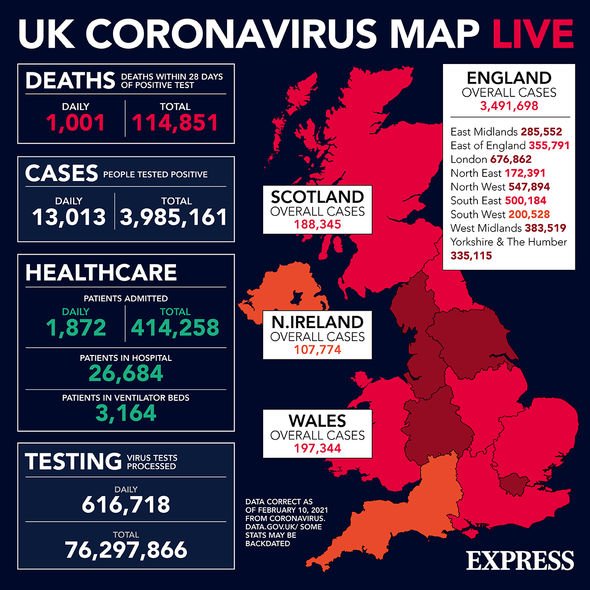 “And a lot of people remember the Prime Minister’s words on that and feel that hasn’t happened and the opposite has happened.

“There are now barriers between Great Britain and Northern Ireland and that is not acceptable.”

It means goods entering from Great Britain are subject to checks as if they were entering the EU.

However, the checks have caused delays for hauliers getting to grips with the new paperwork and rules meaning shops and citizens have had delays in deliveries.