Speaking during Thursday’s edition of the programme, they said the UK would struggle to obtain more points as “the whole of Europe hates us.” Her comments follow London-based singer James Newman’s appalling defeat last Saturday. He finished in last place after scoring no points.

The audience member said: “Do we expect to get any points? Absolutely not – the whole of Europe hates us.

“But I think we should say back to Europe ‘I’ll tell you what, we’ll take our tourism away’.

“You know, and see if we get any points then.”

The remarks come after a new poll suggested the UK should withdraw all financial support for Eurovision. Some observers believe the UK may have been punished over Brexit. 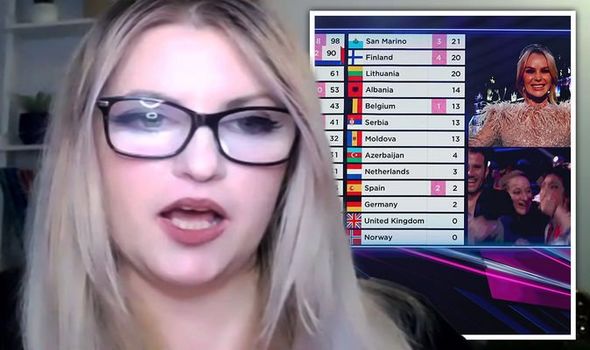 The UK has seen its share of the vote significantly drop ever since the 2016 EU referendum.

A new poll of more than 15,000 Express.co.uk readers has shown the UK should stop financially supporting the event.

The poll took place from 7am on May 25 to 10.45am on May 26, with 15,324 online readers asked: “Should the UK withdraw all financial support for the Eurovision Song Contest?”

A huge 90 percent (13,758) said the UK should cease its financial contribution for the event and voted “yes”. 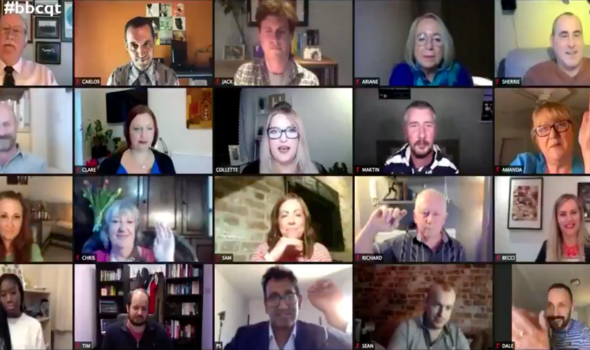 The remaining 10 percent (1,566) thought the UK should continue to fund the contest and voted “no”.

Some Express.co.uk readers commented their opinions in the comments section of the poll story.

One reader wrote: “Why waste OUR money every year on this load of mostly rubbish? No-one from any country should ever be so humiliated like that.”

A second person added: “I’m just shocked we were paying into this in the first place.”