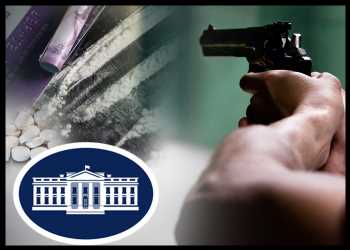 President Joe Biden has signed two executive orders that will help his administration to counter the threat posed by transnational criminal organizations to American communities.

The order establishing the U.S. Council on Transnational Organized Crime (USCTOC) will bring together six key departments and agencies involved in counter-transnational organized crime efforts to ensure that the U.S. Government effectively leverages all appropriate tools to counter the threats posed by transnational criminal organizations.

The Strategic Division of the USCTOC will develop whole-of-government plans to address the top transnational organized crime threats. It will draw on law enforcement and Intelligence Community information to develop comprehensive strategic plans.

As the structure and tactics of drug trafficking organizations have changed, the Biden administration is modernizing and expanding the U.S. Government’s ability to target them, their enablers, and financial facilitators through sanctions and other related actions through a new executive order.

As per the order on “Imposing Sanctions on Foreign Persons Involved in the Global Illicit Drug Trade,” the Department of the Treasury will get a new sanctions authority to target those facilitating the flow of and proceeds from illicit drugs affecting the United States.

The Treasury Department will have the power to designate 25 targets, including 10 individuals and 15 entities, across the globe that have been involved in activities or transactions contributing to the international proliferation of illicit drugs, the E.O. says. The Department of State will assist in identifying and bringing to justice major violators of U.S. narcotics laws responsible for bringing illicit drugs into the country.

The White House said that while the drug trafficking organizations had more hierarchical kingpin-style structures with clearly identified leaders and chains of command in the past, they have become increasingly diffuse and decentralized recently.

It said that this new E.O. will better equip the Government to disrupt the global supply chain and financial networks that enable synthetic opioids and precursors chemicals to reach U.S. markets.