President Biden announced Thursday that he has plans for the U.S. government to provide funding for the media around the world, in an effort to support freedom of the press worldwide.

The plans are part of the Presidential Initiative for Democratic Renewal, which Biden discussed during an international democracy summit.

“A free and independent media — it’s the bedrock of democracy. It’s how publics stay informed and how governments are held accountable,” Biden said during his opening remarks at the summit. 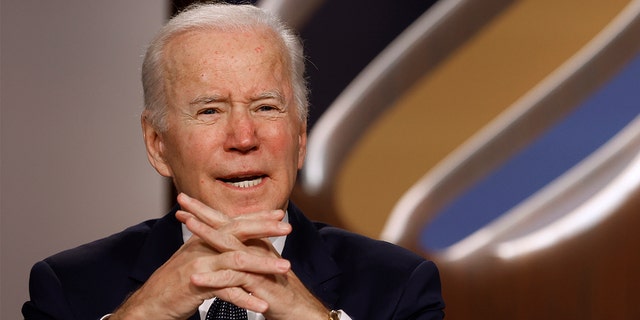 President Biden delivers opening remarks for the virtual Summit for Democracy in the South Court Auditorium on Dec. 9, 2021, in Washington.
(Chip Somodevilla/Getty Images)

Biden went on to state that his administration is “committing critical seed money to launch a new multilateral effort, our International Fund for Public Interest Media, to sustain independent media around the world.”

The International Fund for Public Interest Media (IFPIM) is a new initiative from Luminate Group, which itself is part of the Omidyar Group, a philanthropic firm founded by eBay founder Pierre Omidyar and his wife Pam Omidyar. Luminate is currently backing Facebook whistleblower Frances Haugen.

According to a fact sheet released by the White House, the U.S. Agency for International Development (USAID) would be providing up to $30 million to the fund, which it describes as “designed to enhance the independence, development, and sustainability of independent media, especially in resource-poor and fragile settings.”

BIDEN TO AWARD MEDAL OF HONOR TO THREE VETERANS OF IRAQ, AFGHANISTAN

“It will operate by supporting independent media – including those led by and giving voice to women and other marginalized groups – that exist to inform people on the issues that shape their lives, to enable debate and dialogue across society, and to hold those in power to account on behalf of the public interest,” a senior administration official told Fox News. 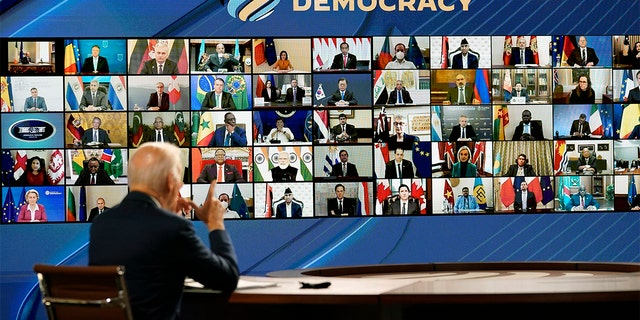 Biden speaks from the South Court Auditorium on the White House complex in Washington, Thursday, Dec. 9, 2021, for the opening of the Democracy Summit.
(AP Photo/Susan Walsh)

The official said that in addition to Luminate, IFPIM is receiving initial funding from Craig Newmark Philanthropies, John D. and Catherine T. MacArthur Foundation, and the National Endowment for Democracy.

IFPIM Director of Programmes Khadija Patel told Fox News that the fund is “independent of all its donors” and will be run by “an independent board” co-chaired by Nobel Peace Prize recipient Maria Ressa and former New York Times CEO and BBC Director General Mark Thompson.

Patel added that IFPIM will focus on “low- and middle-income countries in Africa, Asia, South America and the Caribbean,” and that New Zealand and Taiwan have both pledged their financial support.

The White House also announced that, under the plan, USAID would give $5 million to start a new Media Viability Accelerator, to “improve the financial viability of independent media outlets in both under-developed and more-developed media markets.”

Additionally, USAID would give $9 million to a Defamation Defense Fund for Journalists, which Biden said would “help protect investigative journalists against nuisance lawsuits designed to prevent them from doing their work.” The White House said this would be a global initiative that would provide coverage for journalists and their news organizations.

Fox News asked USAID how these programs would work, specifically what role USAID or the administration would play in the International Fund for Public Interest Media, how a journalist would apply for defamation liability coverage, and what standards journalists would have to uphold to qualify for funding from the Media Viability Accelerator. A representative from USAID referred Fox News to a press release on the various initiatives that did not address these issues.

What the release did say was that the Media Viability Accelerator “will deploy market-based solutions to media vulnerabilities, connect stakeholders interested in the future of public interest media, and facilitate relationships among local media outlets.”

In addition to these programs, the White House said that the State Department is also planning to give as much as $3.5 million for a Journalism Protection Platform, which would provide “at-risk journalists” with security training, legal assistance and other help.