President Biden is in Kentucky on Wednesday, surveying the damage from last weekend’s tornadoes and other extreme weather that left a path of death and destruction through the state.

The president spoke with Gov. Andy Beshear upon arriving at Fort Campbell in Kentucky.

Biden then received a storm briefing at an airport in Mayfield, Kentucky. The president, who was joined by Homeland Security Secretary Alejandro Mayorkas, told state and local leaders “to don’t hesitate to ask for anything” from the federal government. 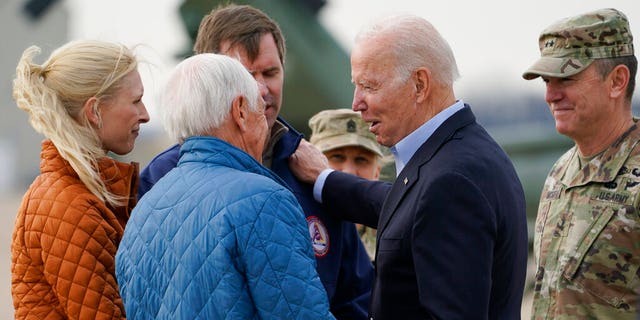 The president took an aerial tour of damage in Mayfield, followed by a ground tour through roads lined with destruction. The president was later scheduled to survey damage in Dawson Springs, Kentucky, which was also hard hit by tornadoes.

Earlier, Biden tweeted that “I’m in Kentucky today to meet with local leaders and to survey the damage from the tornadoes and extreme weather,” the president tweeted. “It will take all of us, working together, to recover and begin rebuilding — and we are committed to providing whatever support is needed for however long it takes.” 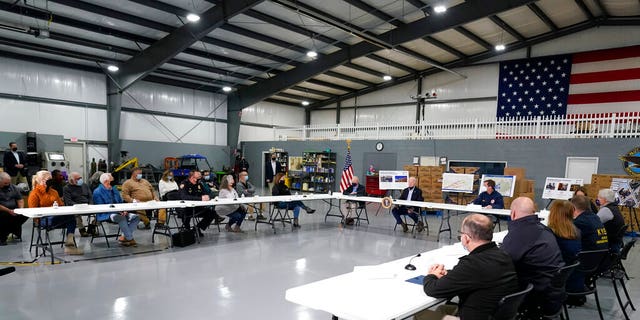 At least 74 people, including 12 children, in Kentucky lost their lives during last weekend’s violent weather. And power in the state is still out for thousands. At least 100 people are still missing.

The president this week approved emergency declarations for Kentucky, as well as the neighboring states of Illinois and Tennessee, which were also hard hit by the string of deadly tornadoes. Missouri also suffered storm casualties and damage.