Home » Politics » Biden warns 'there's no sanction that is immediate' as US, allies target Russia over Ukraine invasion

Biden warns 'there's no sanction that is immediate' as US, allies target Russia over Ukraine invasion 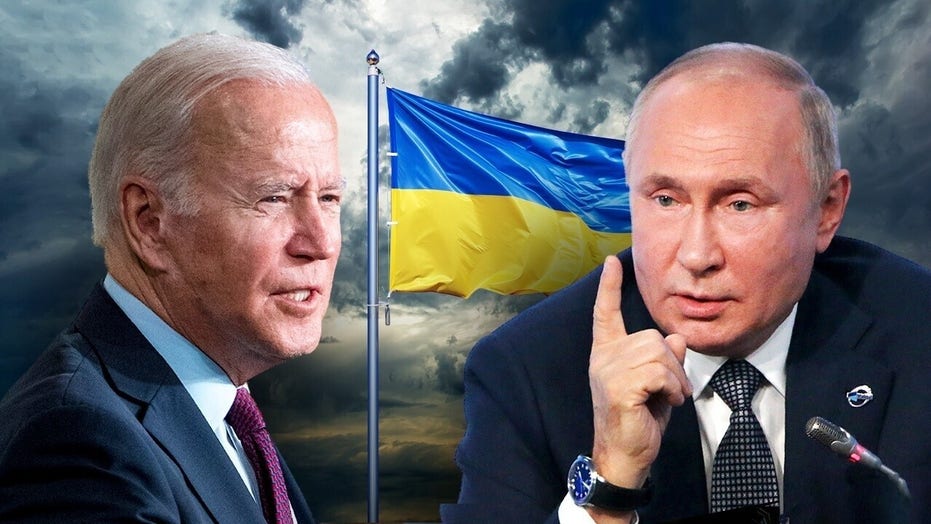 Hannity: Biden needs to step aside if he’s not up to the job

Sean Hannity asks if we can ‘at least put the sanction that matters most in place.’

President Biden, in a new interview published Saturday, warned that there is “no sanction that is immediate,” just as the U.S. and allies are using sanctions as their main tool to target Russia over its invasion of Ukraine.

“You have two options. Start a Third World War, go to war with Russia physically. Or two, make sure that a country that acts so contrary to international law ends up paying a price for having done it,” he claimed in an interview with Brian Tyler Cohen when discussing the options for dealing with the invasion by Moscow.

Biden has announced multiple waves of sanctions on Russia this week, including on Thursday when he announced sanctions that would target four more major Russian banks, including VTB, and as well placing limits on exports. 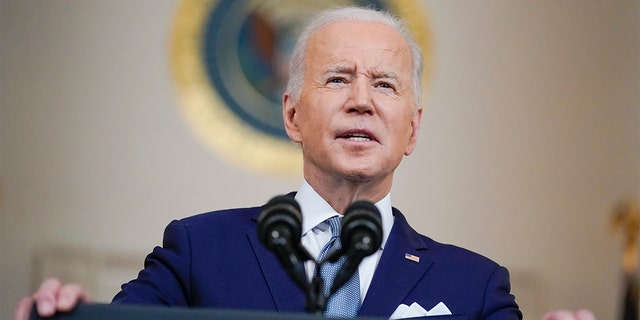 FILE – President Biden speaks as he announces Judge Ketanji Brown Jackson as his nominee to the Supreme Court in the Cross Hall of the White House, Feb. 25, 2022, in Washington.
(AP Photo/Carolyn Kaster, File)

Other countries have also placed sanctions on Russia, aiming at banks, businesses and oligarchs. But Biden on Thursday downplayed the immediate effectiveness of sanctions, saying “no-one expected the sanctions to prevent anything from happening” – despite previous messaging from his White Houe that said the sanctions were designed to deter and prevent.

In the new interview, Biden said that people should not expect an immediate effect with the sanctions. 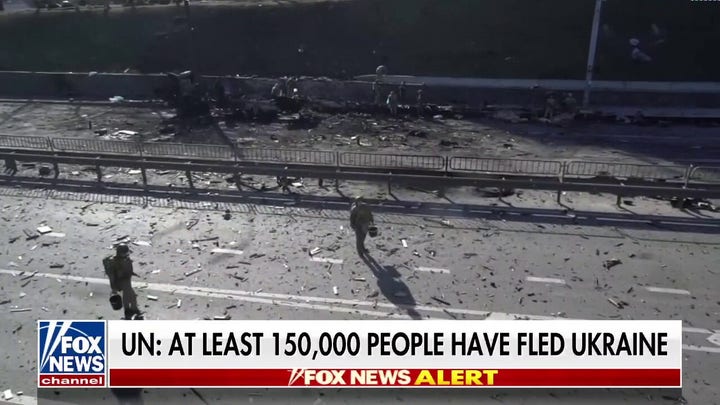 “And there’s no sanction that is immediate,” he said. |It’s not like you can sanction someone and say ‘you’re no longer going to be able to be the president of Russia.'”

“But I think, I know these sanctions are the broadest sanctions in history, and economic sanctions and political sanctions,” he said.

He said that his goal had been to keep NATO and the Europeans all on the same page.

“Because the one thing I think that Putin thought he could do was split NATO, creating a great aperture for him to be able to walk through. And that hasn’t happened. If you notice. It’s been complete unanimity,” he said.

Earlier this week, the White House was criticized after Deputy National Security Advisor Daleep Singh said that the sanctions levied against Russia are “not designed to disrupt” Russia’s energy exports.

“Our sanctions are not designed to cause any disruption to the current flow of energy from Russia to the world,” Singh said.

Singh later reiterated the comment saying that “our measures were not designed to disrupt in any way the current flow of energy from Russia to the world.”

Singh added that the sanctions are meant to degrade Russia’s “long term” energy capacity but nothing in the “short term.”