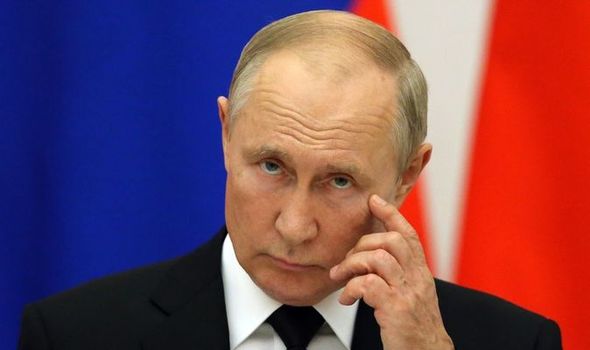 In a phone call to the Kremlin yesterday, the Prime Minister told the Russian President of his “deep concern” about the military build-up in the region. He said the UK was committed to the “territorial integrity and sovereignty” of Ukraine and added that a troop incursion would be a “strategic mistake”.

It follows rising tensions as Russian troops have massed near the country’s border with Ukraine.

A Downing Street spokeswoman said Mr Johnson in the call “reiterated the importance of working through diplomatic channels to de-escalate tensions and identify durable solutions”.

President Putin had agreed with Mr Johnson that “all sides” should respect the Minsk Protocol of 2014 to end a conflict over the Donbas region of Ukraine.

Both leaders had “welcomed” the progress made on commitments to tackle climate change at the COP26 environment summit, she added.

She held talks with her counterparts from Albania, Bosnia and Herzegovina, Kosovo, Montenegro, North Macedonia and Serbia amid concerns about Russian influence.

Before the meetings, which included the EU and US, Ms Truss said: “The UK is committed to the western Balkans and to the defence and promotion of democracy in the region.”