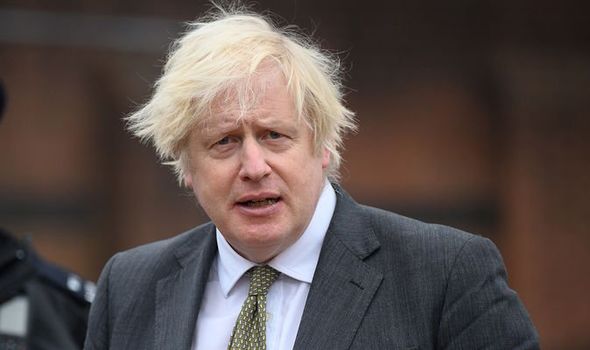 Fifty-eight percent of voters did not want increased levies on their fuel bills to support the push for Net Zero emissions by 2050.

Nearly half (49 percent) of Labour and Green Party voters were among those opposed to the tax rise.

And 65 percent of respondents to the ComRes survey felt they had not been given an adequate say.

Senior backbencher Craig Mackinlay, chair of the Net Zero Scrutiny Group of Tory MPs, said: “As I’ve been saying for some time, I didn’t become a Conservative to make my constituents colder and poorer.

“It’s clear, looking at these figures, that the British public are not signed up to the Government’s plans.

“The majority don’t feel that grants for air pumps or electric cars are either relevant to them, or more fundamentally needed to nudge them towards unreliable technologies they don’t want, and there is real worry about the ever-increasing costs of energy bills.

“We need to be very careful about just whose shoulders are going to be carrying the very considerable costs of Net Zero.”

Tory MP Steve Baker, who heads the steering committee of the scrutiny group, said: “I’ve warned that the cost of Net Zero could deliver a political crisis greater than the Poll Tax, and these figures show that the Government is heading straight for such an eventuality.

“Grants for air pumps and electric cars are all very well, but how many people can actually afford to pay all the additional costs?”

The poll was commissioned by Net Zero Watch, a pressure group that scrutinises carboncutting policies. It claimed yesterday that the response showed green levies were threatening to become the most unpopular form of taxation since the Poll Tax under Margaret Thatcher’s government in the 1980s.

Board members of the group include the formerTory chancellor Lord Lawson, who has been sceptical about many climate change claims.

Benny Peiser, director of Net Zero Watch, said: “Whilst these are not shocking figures to us, they should ring alarm bells in Number 10. Millions of families will be struggling to keep their homes warm and their cars running this winter.

“Fuel prices continue to soar and the burden of these energy costs will fall on the elderly and the low paid.”

Other findings showed 30 percent of 18 to 24 year olds felt their voices had been heard on the issue of Net Zero while only 10 percent of over-45s felt they’d had sufficient input.

More than 60 percent of voters quizzed did not believe they would benefit from green subsidies, including grants to replace gas boilers or buy electric vehicles.