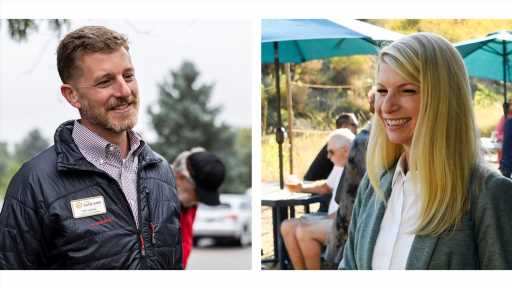 State Sen. Brittany Pettersen took an early but decisive lead Tuesday evening in the race for Colorado’s 7th Congressional District, as preliminary results showed her with a 22% edge — 60% to 38% — on Republican challenger and Army veteran Erik Aadland.

The results encompassed nearly 250,000 ballots total with Pettersen getting more than 148,000 of them. The winner will be the first new face to occupy the Jefferson County-anchored district, which has been held by Rep. Ed Perlmutter for the past 16 years.

In their analysis of the race, most national politics prognosticators have been giving the advantage to Pettersen. While the 7th district stretches across eight counties and as far south as rural Custer County following redistricting last year, it is primarily centered on populous Jefferson and Broomfield counties, which have turned blue in recent years.

“Like many highly-educated, affluent suburban enclaves across the country, Jefferson County has moved left in recent years,” Kyle Kondik, managing editor of Sabato’s Crystal Ball, told The Denver Post earlier in the campaign. “Aadland probably needs this to become more of a GOP wave year in order to win.”

While the traditional advantage of the party out of power in the White House during mid-term elections was evident in the spring, when burgeoning inflation and talk of recession gave Republicans a boost in polls, Democrats chipped away at some of that momentum after the U.S. Supreme Court overturned Roe v. Wade in late June.

Pettersen, a strong abortion rights supporter, has called her opponent “dangerously extreme” on the issue. She has also hit Aadland over comments he has made questioning the results of the 2020 election, a contest he characterized as “rigged” last year.

Aadland has tried to paint Pettersen as soft on crime as crime has spiked across Colorado and the nation. He has tied her support for a 2019 bill that downgraded the charge against those caught with small amounts of fentanyl and other drugs as a contributor to the record 912 people who died of fentanyl poisoning in Colorado last year.

Pettersen, who served in the Colorado House for six years before moving to the Senate in 2020, defended her record on opioid abuse.

“I have been working and leading on this issue for the last seven years because of my experience fighting to save my mom’s life from an opioid addiction in a decimated system,” she told The Denver Post.

Pettersen holds a substantial fundraising lead over her opponent, according to recent filings with the Federal Election Commission. She has taken in $2.4 million in the 2022 election cycle compared to $1.2 million for Aadland.

Millions of dollars more have been spent on the race by outside political groups.