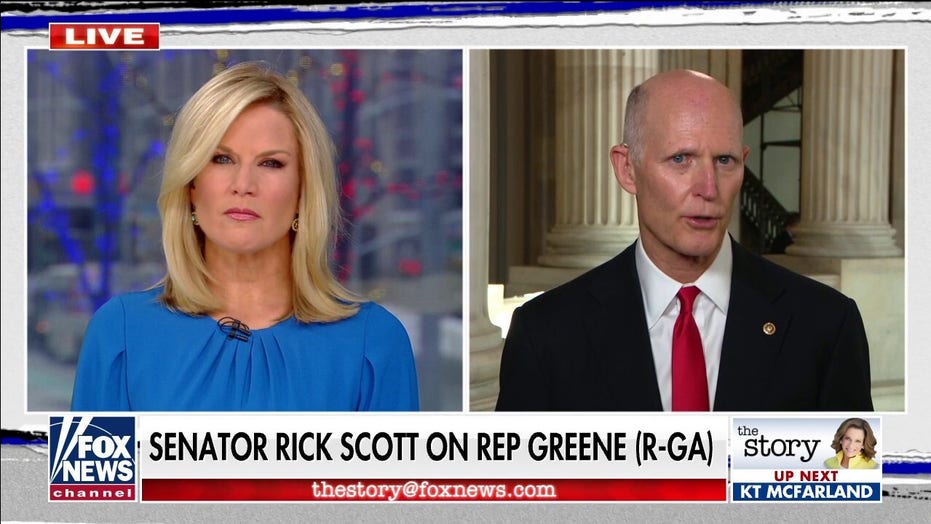 Sen. Rick Scott on Liz Cheney: ‘People ought to respect how people vote’

And in the end, she didn’t need to.

The House Republican Conference Chair on Wednesday night easily survived a push by House GOP Trump loyalists to strip her of her number three leadership position. 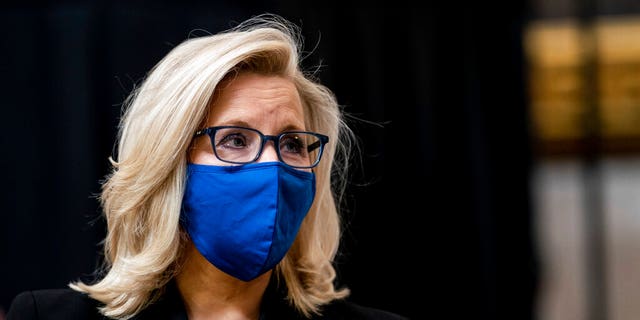 In a secret ballot vote by the entire House Republican Conference, only 61 members voted to strip Cheney of her leadership role, with 145 supporting her.

Cheney was under fire over her vote three weeks ago to impeach Trump on a charge of inciting the Jan. 6 insurrection at the U.S. Capitol by right-wing extremists and other Trump supporters. Cheney was the most senior of 10 Republicans who joined all 222 House Democrats to impeach Trump, with 197 GOP representatives voting against impeachment.

On the eve of the impeachment vote, the three-term congresswoman from Wyoming said that Trump “summoned this mob, assembled the mob, and lit the flame of this attack.” She stressed that “there has never been a greater betrayal by a President of the United States of his office and his oath to the Constitution.”

Heading into the gathering, the anti-Cheney ringleaders said that more than half of all House Republicans would back a potential resolution to stripping her of her position.

Cheney was later asked off camera if she regrets her vote to impeach Trump. She said no.

“You don’t regret it at all?” she was asked.

House GOP leader Kevin McCarthy, who had given Cheney tepid support in recent days, spelled out at the meeting that he supported keeping Cheney in her leadership position.

According to multiple sources, McCarthy urged House Republicans to move past Cheney’s impeachment vote and stay united in order to take back the House majority in the 2022 midterm elections. 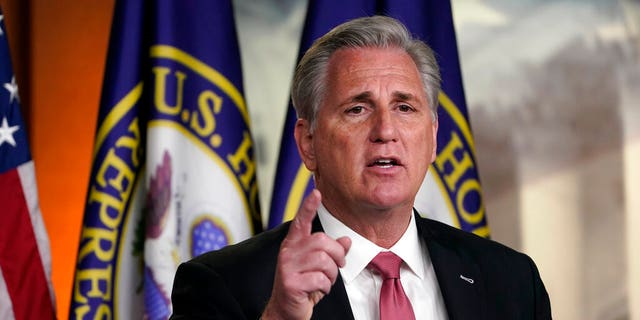 In this Jan. 21, 2021, photo, House Minority Leader Kevin McCarthy of Calif., speaks during a news conference on Capitol Hill in Washington. Just two weeks ago, McCarthy declared then-President Donald Trump culpable in the attack on the nation’s Capitol as Washington leaders recoiled from the violence. But on Jan. 28, McCarthy was meeting with Trump at Mar-a-Lago to kiss the ring of a man who remains the undisputed leader of the Republican Party. (AP Photo/Susan Walsh)

After the vote, McCarthy told reporters that Cheney “just got a shot in the arm.”

The Republican “conference is united, we have the right leadership team behind it,” McCarthy said. “This Republican Party’s a very big tent. Everyone’s invited in … we continue to grow and in 2 years we’ll be in the majority.”

Cheney said the vote showed the party will remain united.

Cheney, who’s followed in the footsteps of her father – former Vice President Dick Cheney – in advocating for a hawkish and muscular U.S. role overseas, was a vocal critic of Trump’s “America First” policies of limiting the use of American troops in international conflicts.

Last week the former president’s political action committee, Save America, released a poll that suggested that Cheney was politically wounded among Republicans by her vote to impeach Trump. The survey was showcased the next day as Rep. Matt Gaetz of Florida, a top Trump ally, took aim at Cheney at a large rally on the steps of the Wyoming Capitol.

Gaetz told the crowd that he had spoken with Trump and said the former president wanted to him to share the poll results. “Liz Cheney is less popular among Republicans in her own state than Muammar Gaddafi was among the Libyans,” Gaetz cracked.

Cheney grabbed some high profile support in the two days leading up to Wednesday’s meeting, which was held at the Capitol Visitor Center auditorium.

Sen. Lindsey Graham of South Carolina on Tuesday tweeted that “I believe @RepLizCheney is one of the strongest and most reliable conservative voices in the Republican Party. She is a fiscal and social conservative, and no one works harder to ensure that our military is well prepared.”

Graham later told reporters at the Capitol that while he disagreed with Cheney on her impeachment vote, “for me I think she on national security she’s one of the smartest people I’ve ever known” and a “valuable member” of the GOP.

“Liz Cheney is a leader with deep convictions and the courage to act on them,” McConnell said in a rare comment on House GOP business. “She is an important leader in our party and in our nation. I am grateful for her service and look forward to continuing to work with her on the crucial issues facing our nation.”