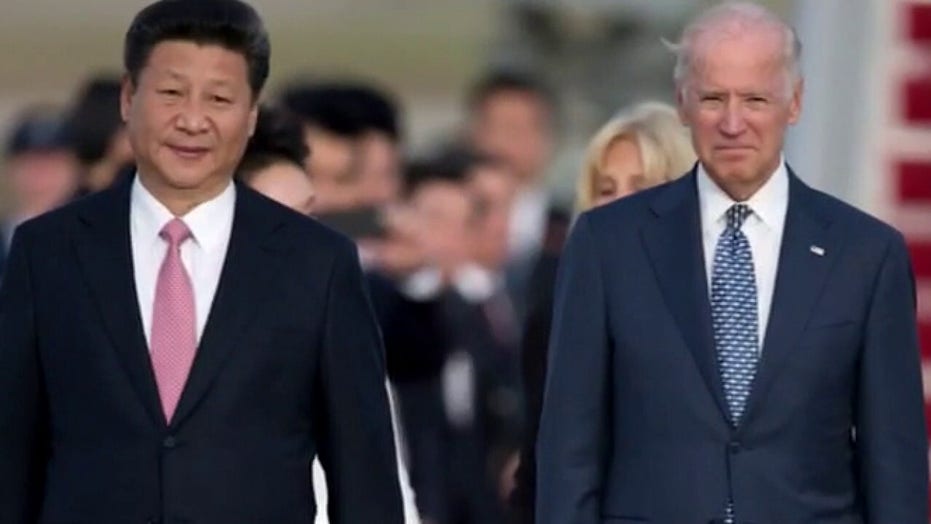 A retired Navy leader involved in the report told Fox News that, if left unchecked, the initiative could leave the United States “grossly disadvantaged.”

Roughead, in an exclusive interview with Fox News, said it is “important that America understands just how extensive BRI is, and how China has been able to expand globally, and penetrate” into what he considers some of the key factors of what will determine “national power and America’s role in the world.”

“The cost of inaction is that the United States will find that it will be dealing with countries that, fundamentally, are based on Chinese infrastructure, Chinese information systems, and with that, a significant amount of Chinese influence in many parts of the world,” Roughead told Fox News. “The U.S. will find itself grossly disadvantaged if that is allowed to happen.”

Chinese President Xi Jinping first announced China’s “Belt and Road Initiative” in 2013 — a planned multitrillion-dollar infrastructure program that is intended to link China with more than 100 countries through railroad, shipping and energy projects. The BRI seeks to recreate the Silk Road, an old network of trading routes between the East and the West, by investing large sums of money into other countries to build such infrastructure projects. 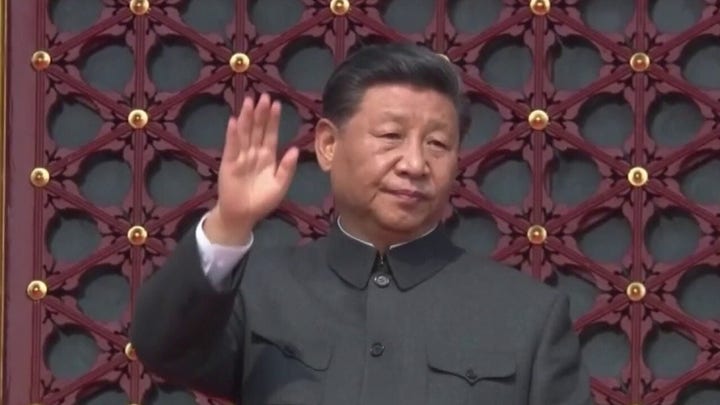 Already, China has poured massive investments into other countries as part of the initiative. Proponents say the project will strengthen ties between Beijing and emerging markets while lifting developing nations out of poverty. However, critics of the BRI say it is part of China’s desire to achieve trade dominance and control in order to compete with the United States.

Roughead said China has been able to make “inroads” in key regions and in key countries, warning that many are U.S. allies.

One of the “most significant” moves China has made in its BRI, according to Roughead, was in “penetrating” digital infrastructure in countries around the world.

BIDEN ADMINISTRATION TAKING ‘STRATEGIC APPROACH’ WITH RESPECT TO CHINA, ‘NOT IN A RUSH,’ PSAKI SAYS

Roughead said the United States needs “to become more active in participating in the standard-setting bodies as it applies to digital technology.”

“We walked away from that,” Roughead said. “This report shows the breadth and depth of the Belt and Road Initiative and the need for the United States to look at it and say, ‘What are we going to do about it?'”

He added: “It is spreading Chinese influence in ways that the U.S. had opportunities in the past, that we didn’t take advantage of.”

“China has some momentum on this, particularly when you get into the digital space, they have infrastructure already in place,” Roughead continued. “And we need to figure out what the strategy should be to ween countries off of that, and provide more responsible, more open and more transparent options that allow them to move forward.” 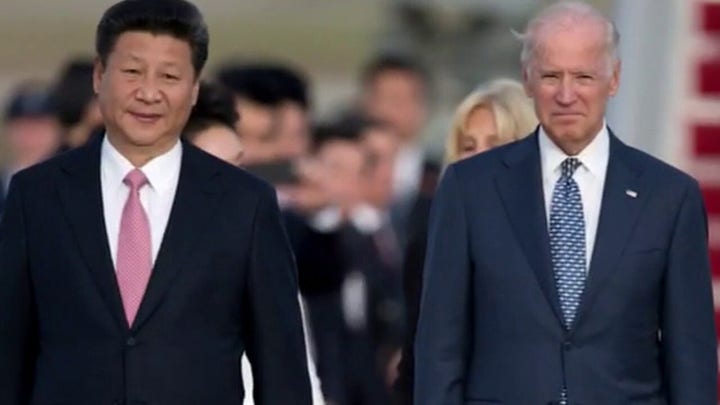 Roughead told Fox News that while the Trump administration “toughened up some policies,” BRI is “much broader than just being tough on trade.”

“We need to put in place policies that address the security risk and economic advantage or disadvantage to the United States of China moving faster, and more completely, into some of the spaces that they’ve moved into,” Roughead said, adding there “needs to be a broader, more strategic public-private partnership approach.”

As for the Biden administration’s approach to China, Roughead said: “The night is young.”

“I think we have some experienced hands in the Biden administration, particularly as it applies to Asia and China,” Roughead said. “But the real question is with the emphasis on domestic issues, COVID, employment, the discord that exists in the country today, will there be enough energy and focus on putting together a coherent strategy to tie the many threads together?”

Roughead added that “it’s early” in the Biden administration but underscored the “very good people” in the administration that “understand China, the implications of what we discuss in the report.”

“The question is, how much time will be devoted to it, how much attention, and how can the administration have that broad discussion with the American public to talk about what the consequences of not taking on some of the challenges that China is presenting,” Roughead said.

The White House said the Biden administration is ready to have a “frank conversation” with China and is negotiating from a position of “strength.”

The Biden administration has said it is taking a “strategic approach” to China.

Earlier this month, the president called for a “new approach” to national security to “strengthen” the United States’ advantages and “prevail strategic competition with China.”

Biden acknowledged that China has “rapidly become more assertive” and warned that China “is the only competitor potentially capable of combining its economic, diplomatic, military and technological power to mount a sustained challenge to a stable and open international system.” 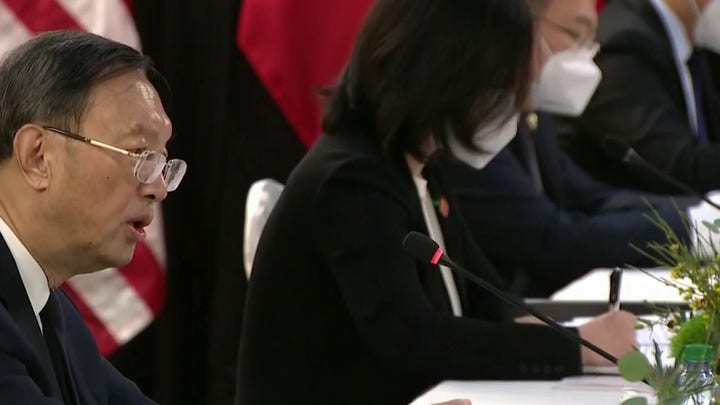 Biden last month had his first call with Chinese President Xi Jinping, in which he outlined his core concerns with China’s aggressive activities, actions and abuses, signaling a “clear and consistent subscription to American values,” while discussing areas in which the administration believes it could be in the United States’ national interest to work with Beijing.

Administration officials said Biden is “clear-eyed” about U.S.-China policy, noting that it is “a strategic competition,” with another saying the U.S. is being “very careful in our initial interactions with China” and that the administration is “trying to be clear where our priorities are.”

But in its new guidance, the administration said its national security approach will “ensure that America, not China, sets the international agenda, working alongside others to shape new global norms and agreements that advance our interests and reflect our values.”

Meanwhile, the CFR Task Force report, with regard to U.S. economic interests, recommends enhancing commercial diplomacy to promote “U.S. high-quality, high-standards alternatives to BRI” and to raise public awareness to host countries to “the environmental and economic costs” of those BRI projects.

The task force also recommends working with allies and partners to “reenergize the Word Bank” so that it can offer a better alternative to BRI and negotiate trade agreements with regional trade partners —specifically related to digital trade agreements.

As for U.S. security interests, the task force recommended investing in underwater cables and undersea cable security, as well as training cyber diplomats who can work with host governments to reduce cyber vulnerabilities.