Home » Politics » CNN reporter: No spectators at Olympics a 'huge disappointment for Japan'

CNN reporter: No spectators at Olympics a 'huge disappointment for Japan'

(CNN Business)NBC was presented with a new challenge producing the 2021 Olympic Games on Thursday after organizers said that spectators will be prohibited from the Tokyo venues, a move that eliminates a key component of live sports broadcasts and could give the competitions an eerie feel.

The setback, which was announced after Japan declared a coronavirus state of emergency, is the latest in a string of complications that have arisen ahead of a Summer Olympics which are set to take place as the pandemic rages across the globe.
The absence of fans effectively makes this year’s Olympic Games a made-for-television event while also rendering it more difficult to make for television.

“It’s a hell of a challenge that they face,” said Bob Costas, the legendary sportscaster who fronted 11 Olympic Games before announcing his retirement in 2017.

Costas, who is now a CNN contributor, described the atmosphere and energy emitted from fans as a key element of the Olympics and suggested that stripping the events to only the raw competitions would be reflected in viewership numbers.

“Now does this mean people won’t watch? Of course they’ll watch,” Costas said. “But will they watch in the same kind of numbers than if this had the usual texture? Probably not.”
Costas said that the absence of fans will make it more crucial for other sound elements to be front and center.
“It becomes all the more important to have people mic’d,” he explained. “To have the coaches mic’d. To have boom mic’s close by. That’s really going to be a key. All that kind of peripheral stuff from the competitors and the support staff are going to become more important than ever.”
NBC has also said that it plans to have cameras in the homes of the families of athletes.
Rob Hyland, the producer of NBC’s prime time Olympics show, said at a press event in late-June that for months his team had worked on a plan called “Friends and Family” aimed at highlighting moments between athletes and their loves ones.
“We’ll showcase these moments in every prime time show and in every platform,” Hyland said at the time.
It is unclear whether NBC will also try to incorporate artificial crowd noise into the games. An NBC spokesperson did not have details on the matter when reached Thursday.
But such artificial audience noises were incorporated and became the norm at Major League Baseball and the National Football League games during the height of the pandemic in the US.
Amelia Schimmel, who was the Oakland Athletics’ executive producer for ballpark entertainment in 2020 and tasked with incorporating background noise into games, described crowd sounds as integral to the broadcasts.
“You don’t realize when you’re watching at home how subliminal the crowd sounds are,” she said, describing it as something you “definitely need” when airing live sports without in-person spectators.
Schimmel, however, suggested that the team working on the Olympics has a far more challenging task before them than the one MLB teams faced. She explained that the MLB had two months to prepare for implementing artificial crowd noises which gave them the ability to test sounds during practice games. 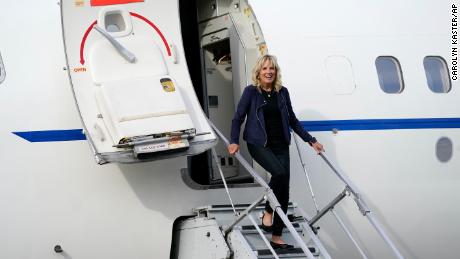 The Olympics team, with less than three weeks until the games kick off, will have no such luxury if they decide to incorporate artificial noise elements.
Costas also noted that with the major US sports (such as football, baseball, and basketball), there is a “certain familiar ambiance” that an “experienced audio producer can fiddle with and approximate what that is.”
“But is the sound at a diving venue the same sound at a track and field venue? Is it the same in gymnastics as it is in swimming? The worst thing is to have it contrived,” Costas said. “Think about how we wince at the laugh tracks at the old bad sitcoms. It’s a fine line to walk.”

Schimmel said that even with baseball there were unexpected elements that her team didn’t pick up on until trying to implement the sound during practice games.
“It’s a very unique and challenging set of circumstances,” Costas said. “People want to see the competition and embrace the joy of it. But some of that atmosphere and the texture of what makes the Olympics — well, any sporting event, but especially the Olympics — special will be missing. And there is no way to B.S. the audience.”
Source: Read Full Article