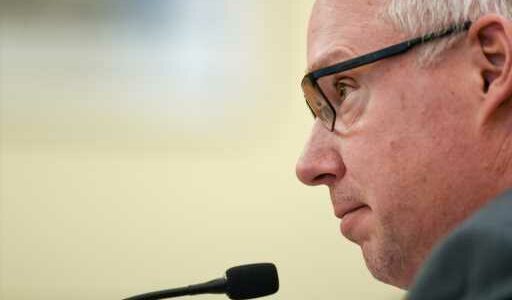 A Denver judge ordered the Secretary of State’s Office to halt the ongoing effort to recall Sen. Kevin Priola on Monday night, ruling that the campaign likely violated the constitutional rights of his constituents and handing a win to Democrats’ hopes of controlling the Senate this winter.

Denver District Judge Marie A. Moses ruled that Priola, who via redistricting will begin representing a more conservative constituency on Jan. 9, can only be recalled by the people he currently represents. She wrote that allowing his new constituents to recall him before he represents them — as the Secretary of State had ruled in September — would be an “absurd result.” Her order halts a campaign launched a month ago after Priola, a longtime moderate Republican, announced he was crossing the aisle and joining the Democratic Party.

Priola now represents District 25, an Adams County seat. His new district will be District 13, which is more conservative and includes Greeley.

Michael Fields, whose group Advance Colorado is organizing the recall, said he planned to appeal the ruling and would continue to gather signatures. A spokeswoman for the Secretary of State’s Office declined to comment Tuesday and said the office was still reviewing the ruling.

The order does not shield Priola from a recall forever: His constituents to-be can recall him after the legislative session begins on Jan. 9. But given the length of time recall efforts take, it likely ensures he will last the session, bolstering the chances of Democratic control of the Senate.

“Yesterday’s ruling upholds the rule of law and the integrity of our independent redistricting process,” Priola said in a statement Tuesday, “and I am pleased the Court agreed that this special-interest driven recall effort was built on a faulty premise.”

Senate President Steve Fenberg, who sat in court with Priola during a hearing last week, also praised the decision.

“Recalls are an important process meant to root out politicians guilty of corruption or malfeasance, not for political operatives and special interests to seek revenge against lawmakers they disagree with,” he said in a statement.

The debate gets at a legal gray area in Colorado that comes about every 10 years, a “limbo” — as Moses called it — that leaves figuring out which voters can recall which lawmakers a puzzle. In court last week, Moses repeatedly asked attorneys for both sides when a recall effort could no longer be allowed in an old district. There was no firm answer.

Lawmakers in new districts will officially move when the next legislative session begins on Jan. 9. But there’s no magic moment, at least in the constitution, when a lawmaker who represents one district can’t be recalled there anymore because he or she will move into another. Recalls take time — 60 days to gather signatures, a brief period to certify signatures and allow the official to resign, then up to 60 days for the election — and by the time that process plays out, a lawmaker may have moved into a new district.