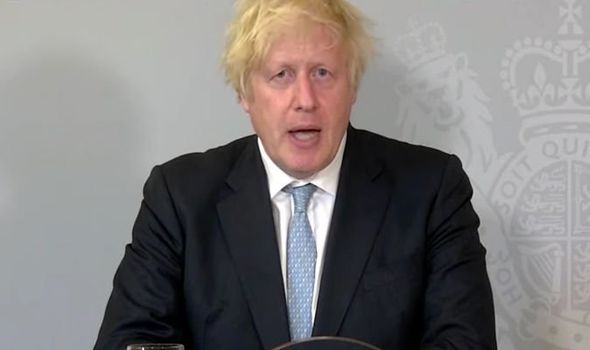 The Prime Minister’s chief of staff Dan Rosenfield is understood to have been told to self-isolate, along with health minister Edward Argar.

A second health minister, Lord Bethell of Romford, is also working from home as a precaution, the Telegraph reports.

It comes after Mr Johnson and Chancellor Rishi Sunak are both self-isolating for 10 days.

Both were deemed by NHS Test and Trace to have come into close contact with Health Secretary Sajid Javid, who tested positive for coronavirus over the weekend.

The pair initially tried to get out of self-isolating by saying they would join a daily workplace testing programme being trialled by the Cabinet Office and No 10.

However, a furious backlash forced them to make a humiliating U-turn just hours later on Sunday.

A number of other senior health officials are understood to be self-isolating following Mr Javid’s testing positive.

It comes as so-called “freedom day” has seen most mandatory lockdown restrictions end in England.

But Covid cases are soaring and the “pingdemic” is threatening to grind the country to a halt.

Hundreds of thousands of people are currently self-isolating after being notified by the NHS app.

A Department of Health spokesman said: “All staff, including ministers, who have been told to self-isolate by NHS Test and Trace as a result of close contact with the Health and Social Care Secretary are doing so.

“It is vital everyone continues to isolate if asked – by doing so you are playing your part in breaking the chains of transmission.”