Home » ‘Didn’t say no!’ Zahawi on the spot as he fails to rule out June 21 reopening delays

‘Didn’t say no!’ Zahawi on the spot as he fails to rule out June 21 reopening delays

Mr Zahawi was grilled on whether the Government’s reopening roadmap may suffer delays because of several clusters of India coronavirus variant emerging across the UK. Lockdown restrictions are currently scheduled to be entirely lifted on June 21 should data show the infection and hospitalisation rates stay low. LBC presenter Nick Ferrari challenged the vaccine minister as the pair discussed concerns about the India strain: “Let me ask you this, and we’ve been fairly candid with each other down these past few months.

“Is there now a possibility the next step on the roadmap i.e. June 21, this could now actually have to be put on ice?”

Mr Zahawi insisted the Government will be relying on its established review strategy, which includes the analysis of data over the course of four weeks, before pushing ahead with reopening the country entirely.

He said: “The important thing to remember is that the four weeks plus one was real and was deliberate.

“Why? Because it gives us the time to collect the evidence, the data, and then to be able to analyse it. Monday is still on because hospitalisations are down.” 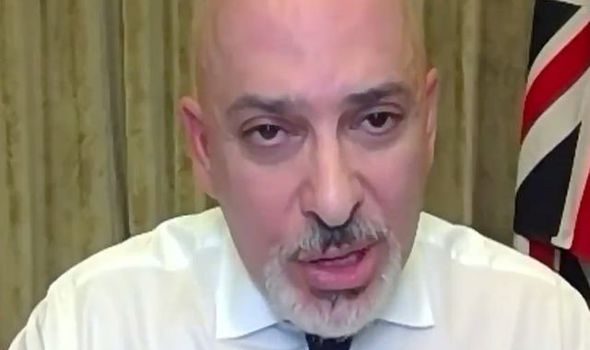 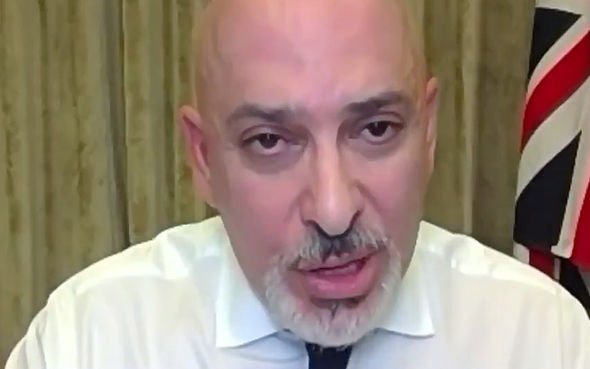 The response did not appear to appease Mr Ferrari, who said: “I have to put it to you again.

“There is a possibility then that we might have to press pause as part of June 21?”

Mr Zahawi replied: “The way we don’t have to do that is by everyone doing their bit. Taking their two tests a week.”

But the LBC presenter interjected to point out: “You didn’t say no.”

Mr Zahawi said: “We’ve got to break the cycle of infection because one of those big tests is infection rates have to be suppressed and the other big test is variants.

“If those cause problems, then the tests will fail.”

Prime Minister Boris Johnson on Thursday said the Government and health officials are “ruling nothing out” as cases of the Indian mutation become more prominent across the UK.

The spread of the strain gave rise to speculation about second doses of the coronavirus vaccine being moved up in a bid to prevent further cases. 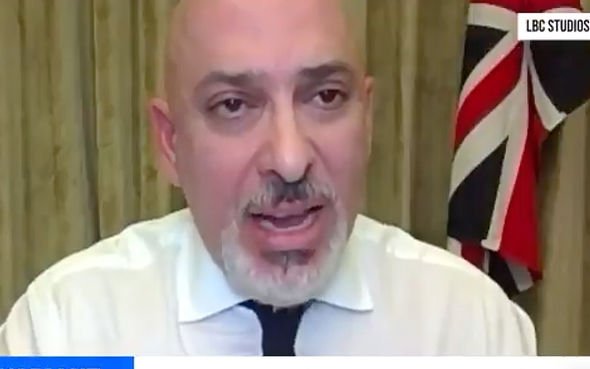 A Downing Street insider said: “The variant of concern first identified in India is beginning to spread increasingly rapidly in certain areas across the country.

“While there is no current evidence that this variant has any greater impact on severity of disease or evades the vaccine, the speed of growth is concerning and the Government is considering additional action if deemed necessary, including increased surge testing and options around vaccination.

“The Government is considering accelerating second doses for the most vulnerable groups in order to provide the fullest possible protection for these groups sooner.