Emergency statement from Chancellor in bid to shore up markets 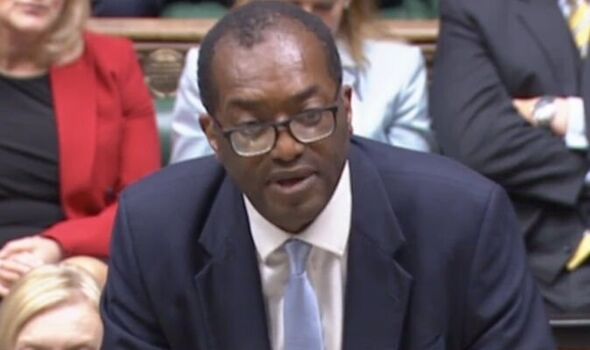 Chancellor Kwasi Kwarteng has announced plans for another emergency fiscal statement as the Bank of England warned it could rachet up interest rates.

The Treasury and the Bank issued statements just moments apart from each other this evening after the markets panicked following Mr Kwarteng’s tax cuts on Friday.

The man at No11 said he would follow up his intervention last week in order to set out further reforms to get Britain’s economy growing again.

In a bid to reassure the markets, the Treasury said Mr Kwarteng would “set out his Medium-Term Fiscal Plan on 23 November”.

It said: “As the Growth Plan set out on Friday, Cabinet Ministers will announce further supply-side growth measures in October and early November, including changes to the planning system, business regulations, childcare, immigration, agricultural productivity, and digital infrastructure.

“Next month, the Chancellor will, as part of that programme, outline regulatory reforms to ensure the UK’s financial services sector remains globally competitive.”

The Treasury added: “In the Growth Plan on Friday, the Chancellor set out that there would be an Office for Budget Responsibility forecast this calendar year. He has requested that the OBR sets out a full forecast alongside the Fiscal Plan, on 23 November.

“As the Chief Secretary to the Treasury set out this weekend, the Government is sticking to spending settlements for this spending review period.

“The Chancellor also confirmed that there will be a Budget in the Spring, with a further OBR forecast.”

This morning the pound sterling hit a record low against the US dollar, trading close to $1.03 early on Monday before regaining some ground to $1.08.

Andrew Bailey, the Governor of the Bank of England said this evening he was “monitoring developments in financial markets very closely”.

He warned the Bank’s Monetary Policy Committee (MPC) was ready to introduce high increases in interest rates if necessary in order to get inflation under control.

He said: “The Government’s Energy Price Guarantee will reduce the near-term peak in inflation. Last Friday the Government announced its Growth Plan, on which the Chancellor has provided further detail in his statement today.

“I welcome the Government’s commitment to sustainable economic growth, and to the role of the Office for Budget Responsibility in its assessment of prospects for the economy and public finances.

“The role of monetary policy is to ensure that demand does not get ahead of supply in a way that leads to more inflation over the medium term. As the MPC has made clear, it will make a full assessment at its next scheduled meeting of the impact on demand and inflation from the Government’s announcements, and the fall in sterling, and act accordingly.

“The MPC will not hesitate to change interest rates by as much as needed to return inflation to the two percent target sustainably in the medium term, in line with its remit.”