Former Tory donor in bid to buy the Spectator

Friends of businessman and former army officer Nicholas Bacon, the chief executive of Anglo-Amnerican company Turnkey LLC, have told the Sunday Express that he hopes to buy the Spectator potentially followed by other publications in Britain and America. The Spectator, which last year paid back its furlough money to the government, has become an iconic Conservative media brand in Britain since it was first published in 1828.

It is currently owned by Sir Frederick Barclay, who took sole ownership after his brother Sir David’s death earlier this year, and chaired by the veteran broadcaster and journalist Andrew Neil.

Under Mr Neil’s stewardship and the editorship of Fraser Nelson the Spectator has become more of an international brand opening American and Australian editions as well as expanding its online content.

While there has been no suggestion before that it was up for sale the Barclay brothers did put the Daily Telegraph, which they have owned since 2004, on the market in 2019 with speculation that they were looking for £100 million.

Mr Bacon, who has joint UK/ US citizenship, and has specialised in defence contracts for 15 years, is understood to be looking for brands which could provide a platform for his wider support of Conservative MPs and candidates in Red Wall seats.

A source told the Sunday Express: “He was was formerly a member of the leadership group of Conservative Party donors but following the 2019 general election he and his team concluded that the best way to support new MPs was to directly fund them at the constituency level. 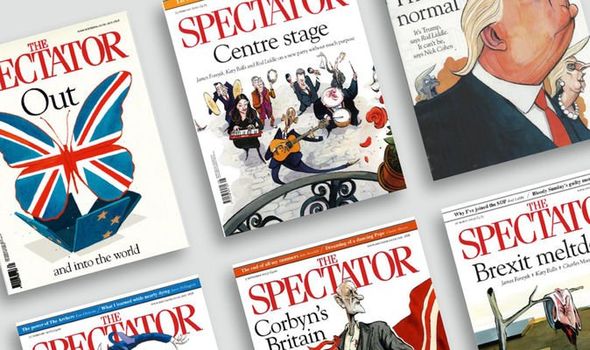 “With his direct support to Red Wall seats growing, his team is also growing both financially and in scope.

“He is aiming to have direct support for at least 20 marginal MPs by the next general election, already focussing on the next intake of MP’s, support to groups like The Conservative Young Women and a university and school outreach programme set to launch imminently.

“Alongside this he hopes to buy the Spectator and other publications.”

The Sunday Express contacted the Spectator but received no comment.