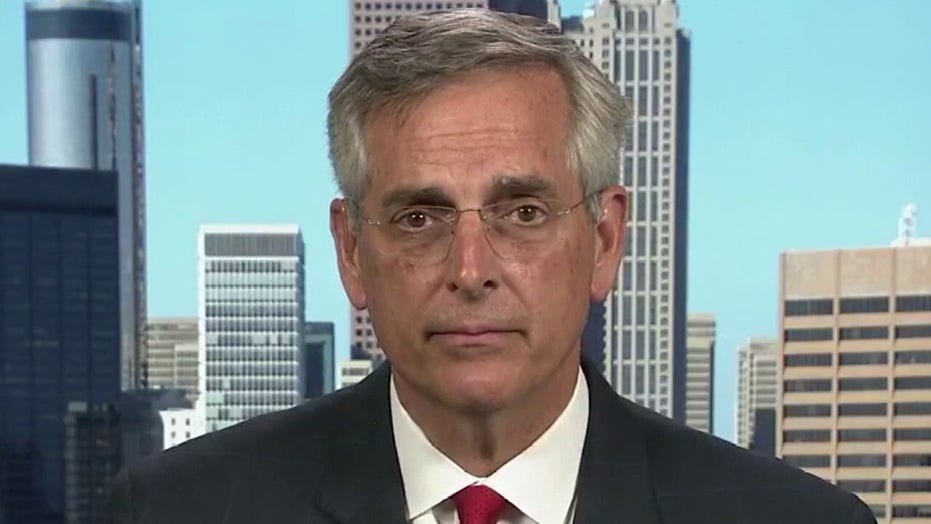 Georgia Secretary of State Brad Raffensperger expresses confidence his state will prevail in court as the DOJ moves to stop their election reform law.

FIRST ON FOX – Georgia has filed a Freedom of Information Act request seeking communications records between the Justice Department and left-leaning activist groups and lawmakers as part of the DOJ’s lawsuit against the state’s election law, Fox News has learned.

Fox News obtained the FOIA request on behalf of Georgia Secretary of State Brad Raffensperger, which requests access to DOJ communications with various non-governmental entities that are involved in legal challenges to the state’s law; DOJ communications with members of Congress or staff regarding the law; and internal guidance documents that the Justice Department uses to determine when a state election law violates the Voting Rights Act.

“We are being attacked by the DOJ. where is this coming from? We want to find out,” he continued.

“Is the Justice Department coming up with this type of targeted lawsuit against Georgia all on their own?” Raffensperger asked. “If so, they’re politicizing the DOJ. But if they’re listening to these liberal activist groups, I believe this is extremely troublesome for all Americans.”

Raffensperger argued that the Justice Department’s lawsuit is purely “political,” and told Fox News that “time is of the essence.”

“We expect a response,” he said. 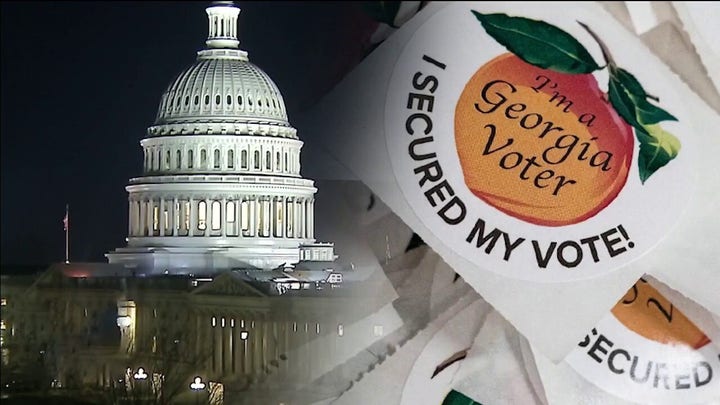 Georgia’s new law requires voter ID for absentee voting rather than relying on signature matching for verification; limits ballot drop boxes to one per county or one per 100,000 voters; and expands early voting days and standardized early voting hours to a minimum of 9 a.m. to 5 p.m. and a maximum of 7 a.m. to 7 p.m. The legislation also barred outside groups from passing out food and water to those in line, which Republicans say can be used as a method to illegally influence people waiting to vote.

The law also handed more election authority to the GOP-controlled state legislature. It states that the General Assembly is to select the chair of the state elections board, rather than the board being chaired by the Georgia secretary of state. It also shortens runoffs from nine weeks to four.

The provisions the DOJ are targeting include a ban on government entities handing out unsolicited absentee ballots; fines on civic groups, places of worship and advocacy organizations for distributing follow-up absentee ballots; and shortening absentee ballot deadlines to 11 days before Election Day.

Raffensperger, though, argued that “many of the provisions we have in state law are more expansive” than in other traditionally blue states, like New Jersey and New York.

Raffensperger’s office also pointed to Minnesota’s requirement of an ID number or social security number to request and cast an absentee ballot—the same change Georgia made to absentee ballot voting in its new law.

“Why is Georgia being targeted?” He asked. “We’re being micromanaged by the Justice Department, when everyone should be treated the same, with the same standard of measure.”

“We think they’re doing the bidding of Stacey Abrams and other liberal activist groups. Send us the information, put it out there, and the public can decide,” he continued.

Neither the Justice Department, Abrams nor her organization immediately responded to Fox News’ request for comment.

“We’re going to fight hard to make sure we have honest and fair elections with appropriate balances of security and accessibility,” he said.