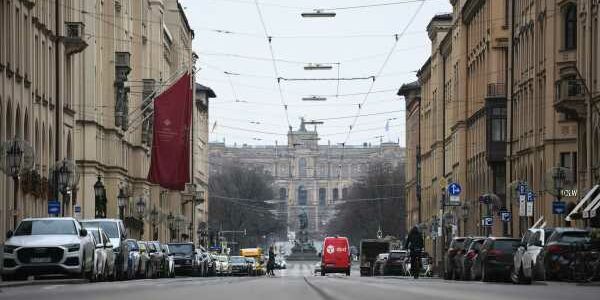 Germany extended its lockdown and tightened restrictions as pressure mounts on Chancellor Angela Merkel’s government to contain the coronavirus spread andspeed up vaccinations.

Merkel and state leaders agreed on Tuesday to limit non-essential travel to 15 kilometers (9.3 miles) for people living in areas with more than 200 cases per 100,000 people, according to a person familiar with the discussions.

The restrictions will affect many of Germany’s major cities, particularly in the hard-hit states of Bavaria and Saxony. Nuremberg, Dresden, Potsdam and dozens of others have incidence rates above the 200 threshold. Berlin, Frankfurt and Munich are below that level, according to the RKI public health institute.

Private gatherings will be limited to one person from another household, with children no longer exempt from the rules. Non-essential stores and leisure facilities will remain shuttered in Europe’s largest economy until at least Jan. 31, according to the person.

Weeks into a hard shutdown, contagion rates are still more than double the level the government has determined to be manageable, and there was broad consensus that action was needed. Merkel is set to announce the new rules after a video conference with the heads of the 16 federal states. Officials are still debating what to do with schools and daycare facilities.

With hundreds dying each day, political tensions threaten to escalate further amid a rising tide of criticism over the government’s strategy to distribute a Covid-19 vaccine. A national election is due in September and top officials from the Social Democrats — the junior partner in the ruling coalition — attacked Health Minister Jens Spahn, a leading figure in Merkel’s Christian Democrats, over apparent delays.

Finance Minister Olaf Scholz — the SPD’s chancellor candidate — on Monday presented Spahn with a lengthy list of questions about why vaccinations are not happening faster, Bild newspaper reported. The crisis is set to be discussed at a cabinet meeting on Wednesday.

Merkel has been drawn into the controversy after Bild published a June letter from Spahn that indicated the German leader was behind the strategy to hand off vaccine procurement to the European Commission.

Europe has become an epicenter of the pandemic since cases began ticking up again in October, with more than 400,000 coronavirus-related deaths and 17.3 million infections. Growing concern around Europe over diminishing hospital capacity and rapidly rising death rates has already prompted sharper measures in several countries in the region.

Italian Prime Minister Giuseppe Conteextended a ban on people moving around the country through mid-January, while British Prime Minister Boris Johnsonshut England’s schools and ordered people across the country to stay at home. In France, the government is seeking tospeed up its vaccination rollout after a slow start.

Merkel is coming under increasing scrutiny over her decision in the summer to task the European Union with negotiating with drug companies, a move critics say slowed down the process and reduced the quantity of jabs available.

Officials in Merkel’s administration have said they are seeking to accelerate the production and distribution of vaccines. In addition to the shot jointly developed by Germany’sBioNTech SE, the approval of others by European health authorities should help accelerate the rollout.

According to the latestdata from the RKI public health institute, about 317,000 people had been immunized in Germany through midday Tuesday, just under 0.4% of the population. That compares with around 1.4% in the U.S. and Britain, which both began vaccinating several weeks earlier, and about 0.2% in Italy and Spain.

After initially supporting an alliance with France, Italy and the Netherlands, Spahn has defended Germany’s decision to buy and distribute vaccines simultaneously among EU members. He said it was fairer for the smaller countries that wouldn’t have been able to negotiate on equal terms with manufacturers.

Spahn told ARD television Tuesday that there wouldn’t be any magical solutions overnight. “We have to be realistic,” he said. “This won’t be done quicker than around the summertime in many countries in the world.”

— With assistance by Raymond Colitt