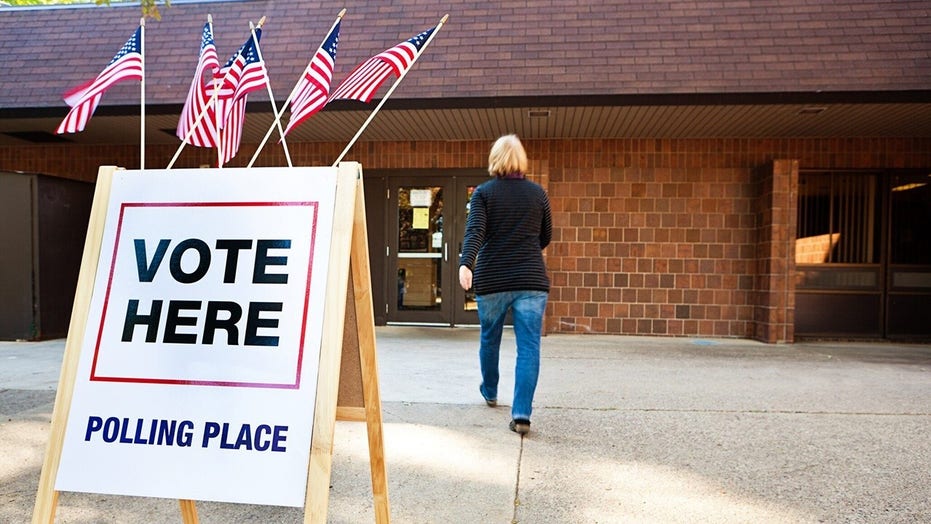 A group of GOP senators led by Sen. Ted Cruz, R-Texas, will object to the Jan. 6 certification of the presidential election results next week unless there is an emergency 10-day audit of the results by an electoral commission.

Cruz and the other senators claim the Nov. 3 election "featured unprecedented allegations of voter fraud and illegal conduct."

Their effort is separate from one announced by Sen. Josh Hawley, R-Mo., who said this week that he will object to what he claims was the failure of some states — most notably Pennsylvania — to follow their own election laws.

"Voter fraud has posed a persistent challenge in our elections, although its breadth and scope are disputed," the lawmakers said Saturday in a statement. "By any measure, the allegations of fraud and irregularities in the 2020 election exceed any in our lifetimes."

No evidence of widespread voter fraud that could change the outcome of the election has been presented to date.  Dozens of legal challenges filed by the Trump campaign and its supporters have been dismissed by judges across the country.

A source familiar with the effort by the GOP senators told Fox News that it was Cruz who orchestrated the push just days before the joint session of Congress on Wednesday to officially approve the Electoral College votes electing former Vice President Joe Biden.

The lawmakers say there is a precedent of Democrats objecting to election results in 1969, 2001, 2005 and 2019. "And, in both 1969 and 2005, a Democratic Senator joined with a Democratic House Member in forcing votes in both houses on whether to accept the presidential electors being challenged," they said. 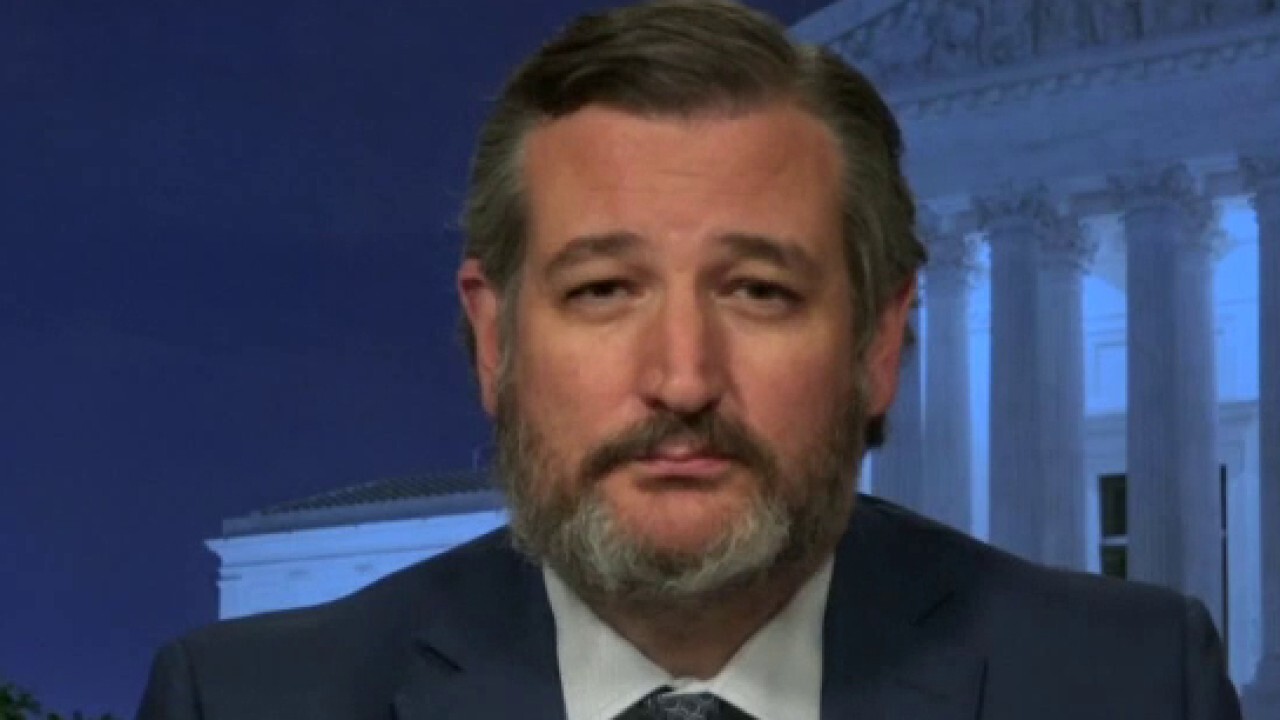 The senators and senators-elect are calling for Congress to appoint a commission to conduct a 10-day emergency audit of the election returns in states where the results are disputed. They cite as precedent the 1877 race between Samuel Tilden and Rutherford Hayes in which there were allegations of fraud in multiple states.

"In 1877, Congress did not ignore those allegations, nor did the media simply dismiss those raising them as radicals trying to undermine democracy," the lawmakers said in the statement. "Instead, Congress appointed an Electoral Commission — consisting of five Senators, five House Members, and five Supreme Court Justices — to consider and resolve the disputed returns."

"We should follow that precedent. To wit, Congress should immediately appoint an Electoral Commission, with full investigatory and fact-finding authority, to conduct an emergency 10-day audit of the election returns in the disputed states. Once completed, individual states would evaluate the Commission’s findings and could convene a special legislative session to certify a change in their vote, if needed."

If that doesn't happen, the senators intend to vote against certification.

"Accordingly, we intend to vote on January 6 to reject the electors from disputed states as not ‘regularly given’ and ‘lawfully certified’ (the statutory requisite), unless and until that emergency 10-day audit is completed," they said in the statement.

It is unclear whether they will rally more Republicans to their cause, given Senate Majority Leader Mitch McConnell's public acceptance of Biden's victory.  While the lawmakers note that most Democrats and some Republicans will vote to certify the results, they argue that an audit would increase the public’s faith in the process.

"These are matters worthy of the Congress, and entrusted to us to defend.  We do not take this action lightly.  We are acting not to thwart the democratic process, but rather to protect it," they said. "And every one of us should act together to ensure that the election was lawfully conducted under the Constitution and to do everything we can to restore faith in our Democracy."

The effort by the senators marks a major win for President Trump’s continuing efforts to challenge the results of the election. Trump has repeatedly claimed he beat Biden, who flipped a number of states, including Georgia and Arizona, to get over the 270 Electoral College votes needed to secure the White House. 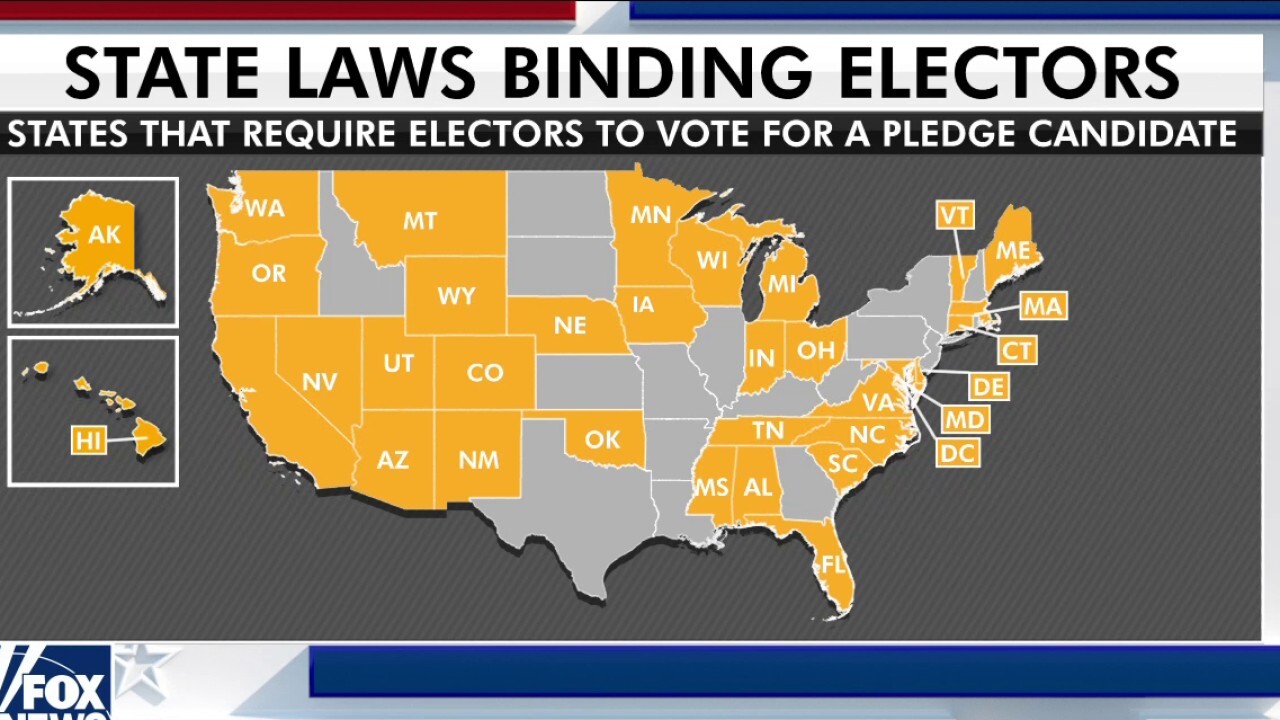 Trump’s campaign has launched a number of legal challenges, while Trump himself has urged states with Republican governors and legislatures to overturn Biden’s victories — as he alleges without evidence that widespread voter fraud tilted the scales.

Senate GOP leaders are against efforts to challenge Biden's win, with McConnell urging Republicans behind closed doors not to contest the election results.

But if the group of GOP senators object, along with a similar effort by House Republicans, the joint session of Congress would be dissolved, and the House and Senate would then meet separately to debate any contested state’s electoral votes.

Afterward, each body would vote whether to accept or reject any contested votes. Then the House and Senate would reconvene the joint session.

In the House, at least 10 incoming House GOP freshmen are expected to back a move by Rep. Mo Brooks, R-Ala., to object to certification.

The last time this happened (and only the second time in U.S. history) was in January 2005, following President’ George W. Bush’s narrow re-election victory over Democratic challenger John Kerry of Massachusetts. One Senate Democrat – Barbara Boxer of California – and one House Democrat – Rep. Stephanie Tubbs Jones of Ohio – objected. In 2017, a handful of House Democrats objected to Trump’s victory over Hillary Clinton, but no Senate Democrats joined them.

A state’s slate of electoral votes would only be thrown out if both the House and Senate vote to do so — something that is unlikely given the Democratic majority in the House, and the push by GOP Senate leaders to certify.