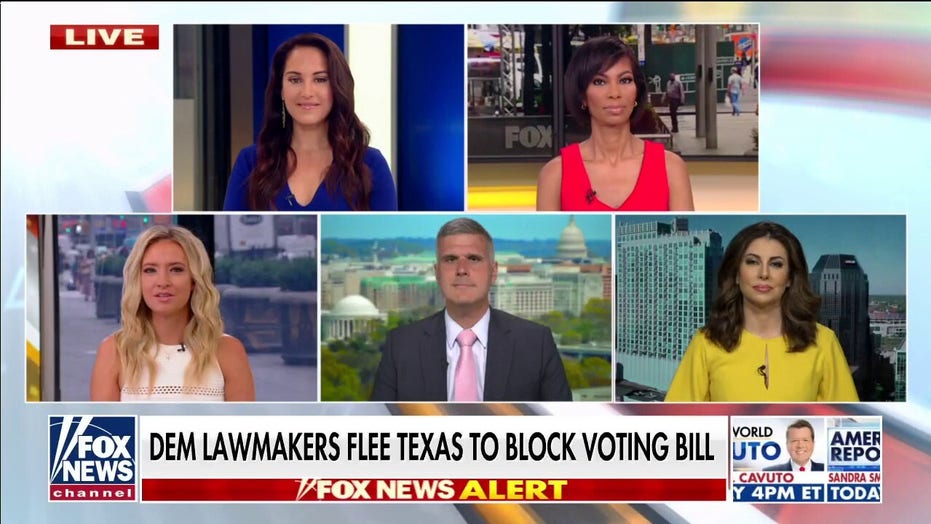 The Texas House voted 76-4 to arrest the Democratic members if they don’t return.

Texas House Democrats who have fled the state to deny a quorum for a special session dedicated to passing an election security bill will be brought in by law enforcement “under warrant of arrest, if necessary,” following a 76-4 vote approving the action Tuesday.

Passage of the legislation, dubbed House Bill 3, cannot occur without a two-thirds quorum of its 150 members. Only 80 of the 150 members were present on Tuesday. In addition, Texas Senate Republicans are trying to pass their own version of the bill, known as Senate Bill 1. Senate members are expected to debate their version of the voting bill as planned Tuesday, with a quorum of 22 members present.

Democrats have referred to the pair of bills as ‘Jim Crow 2.0’, accusing Republicans of allegedly trying to suppress the votes of minorities. Here’s a look at what’s inside the bills:

Under Senate Bill 1’s provisions, a ban would be implemented on drive-thru voting or casting a ballot from inside a vehicle unless participating in curbside voting due to a disability. A ban would also be placed on overnight voting, requiring polls to be open a minimum of nine hours from between 6 a.m. and 9 p.m.

Election officials would also be required to install a video surveillance system that records vote-counting activities, with a livestream made available to the public in counties with 100,000 residents or more. Those in large counties would also be required to install tracking software to monitor “all input and activity” on electronic devices used to count votes. Beginning January 1, 2024, equipment that does not disable or remove any wireless connectivity capability would be prohibited from use in tabulating votes.

SB 1 would also allow partisan poll watchers to observe election activity inside polling places and vote-counting centers as well as during curbside voting that takes place inside a vehicle. It would also make it a crime to deny access to a poll watcher.

In addition, voters would be required to include a driver’s license number or the last four digits of a Social Security number on a vote-by-mail application and the envelope containing their ballot. Individuals who help voters cast their ballot, due to language or physical needs, must fill out a document listing their name, address, relationship to the voter, and whether they’re being paid by a candidate or political committee. Those who drive three or more people to the polls would also be required to fill out a similar form unless all vehicle occupants are family members.

The secretary of state will also be required to work with the Department of Public Safety to provide data on a monthly basis from the existing statewide computerized voter registration list to be used for verification of citizenship status on voter registration applications.

Unlike Senate Bill 7, the original voting bill that was killed by Democrats in the State Legislature’s regular session, SB 1 will not include two controversial provisions. One would create a process that would have made it easier to overturn election results based on claims of voter fraud. The other would ban Sunday morning voting, which was popular among Black churches’ “Souls to the Polls” events during early voting in the 2020 presidential election.

The proposals come as Texas looks to join more than 15 other states where Republicans who control the state government have passed laws tightening voting access rules. The push follows unsubstantiated claims from former President Donald Trump that the 2020 election was “stolen” and “rigged”.