A terse announcement signaled a possible end to a long-running constitutional lawsuit. But former President Donald J. Trump is not a party to the arrangement. 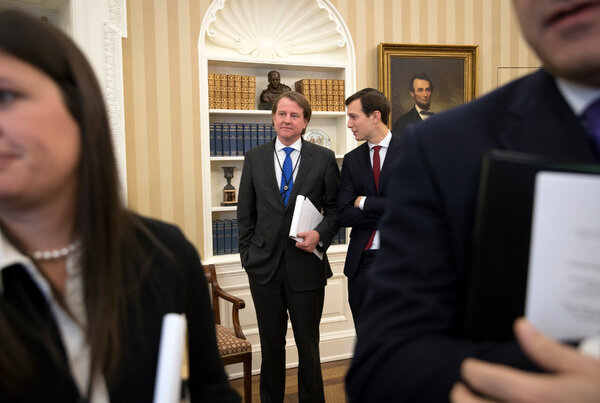 An appeals court had been set to hear arguments on the case next week, but lawyers for the Justice Department, which has been defending Mr. McGahn since 2019 against a House subpoena seeking to compel his testimony, and for the House of Representatives asked the court in a joint letter to drop that plan as mooted by the deal.

“The Committee on the Judiciary and the executive branch have reached an agreement in principle on an accommodation and anticipate filing, as soon as possible, a joint motion asking the court to remove this case from the May 19, 2021, oral argument calendar in order to allow the parties to implement the accommodation,” the letter said.

What to do about the subpoena case, which President Biden inherited from the Trump administration, has been a rare locus of institutional disagreement among Democrats in the two branches.