Democrats are preparing to push the first pieces of President Biden’s immigration plan through the House this week as a migrant surge threatens to unravel an already delicate coalition. 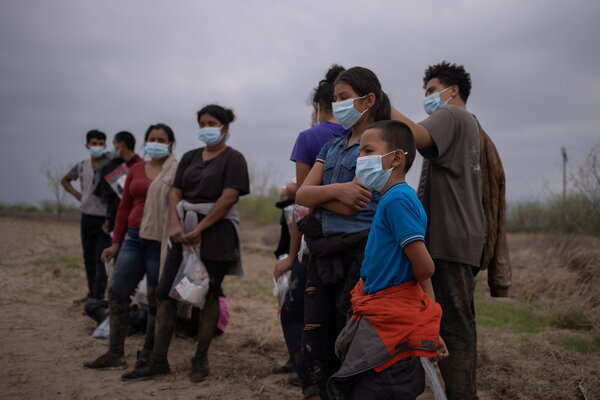 By Nicholas Fandos and Zolan Kanno-Youngs

Democrats are preparing to push legislation through the House this week that would create a path to citizenship for millions of undocumented immigrants, posing the first tests to President Biden’s immigration agenda just as an influx of migrants is creating a new challenge at the border.

Facing internal divisions and mounting Republican pressure, Democrats plan to take a notably narrow approach for now. Instead of bringing up Mr. Biden’s immigration overhaul, which would legalize most of the 11 million unauthorized immigrants in the United States, the House will start with two measures covering groups regarded as the most sympathetic: people brought to the country as children, known as Dreamers; others granted Temporary Protected Status for humanitarian reasons; and farm workers.

But with thousands more migrants, many of them unaccompanied children, showing up at the border daily, even those more modest steps face an increasingly uphill climb. Democrats concede they do not have sufficient Republican support to pass them in the Senate, and G.O.P. leaders, eager to turn Democrats’ difficulties on the issue into a political liability, are using the mounting problems to stoke fear and opposition to any but the most punitive of changes.

“Why would you legalize anybody, sending another incentive to keep coming, until you stop the flow?” said Senator Lindsey Graham, Republican of South Carolina and a leader of past bipartisan immigration efforts. “I just don’t see the politics of it — it’s just too out of control.”

Democratic leaders had hoped that by passing two of the most popular fixes to the larger immigration system, they could break a logjam that has doomed attempts by the last three presidents to broker more a comprehensive overhaul or deliver modest changes. Now, even their optimism for that approach is waning, and progressives and moderates remain at odds over Mr. Biden’s sweeping U.S. Citizenship Act.

“Speaker Pelosi has discovered that she doesn’t have support for the comprehensive bill in the House, and I think that indicates where it is in the Senate as well,” said Senator Richard J. Durbin of Illinois, the No. 2 Democrat and chairman of the Judiciary Committee. “I wish we could move just one piece at a time, but I don’t think that’s in the cards.”