The UK’s fourth-largest political party overturned a 16,000 majority in a seat that has long been a Conservative stronghold. The Buckinghamshire seat was won by Lib Dem candidate Sarah Green, following the death of former Cabinet minister Dame Cheryl Gillan, who won the seat with 55 percent of the vote in 2019.

The shock result saw Ms Green secure 21,517 votes, leaving the Conservative Peter Fleet trailing with 13,489, and giving the Lib Dems a majority of 8,028.

In her acceptance speech, Ms Green said: “Tonight the voice of Chesham and Amersham is unmistakable.

“Together we have said: ‘Enough is enough, we will be heard, and this Government will listen.’ 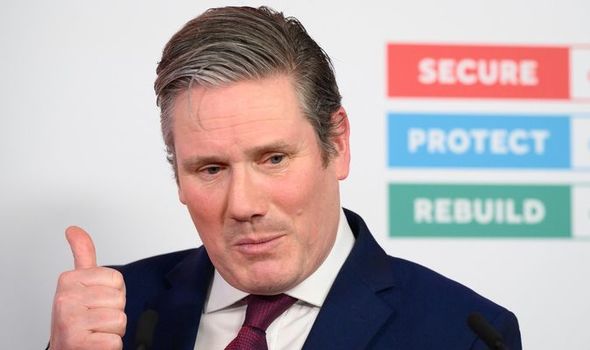 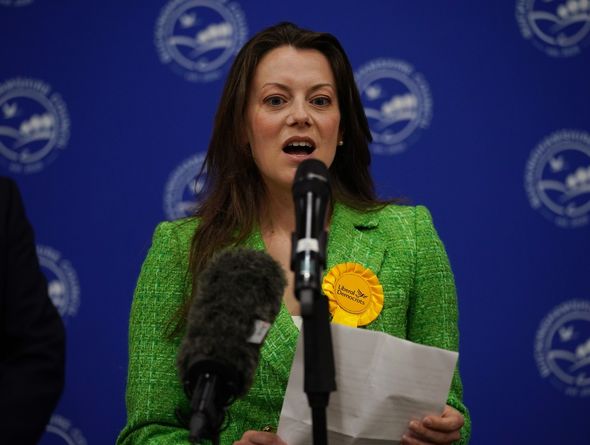 Party leader Sir Ed Davey told BBC Breakfast on Friday: “I think this will send a shockwave through British politics.

“Liberal Democrats have had good wins in the past but this is our best ever by-election victory and it if was repeated across the South, literally dozens of Conservative seats would fall to the Liberal Democrats.

“People talked about the Red Wall in the North, but forgotten about the Blue Wall in the South, and that’s going to come tumbling down if this result is mimicked across this country.”

But while it was a momentous loss for the Tories, Labour managed to trail all the way behind in fourth – behind even the Green Party – with an abysmal 622 votes. 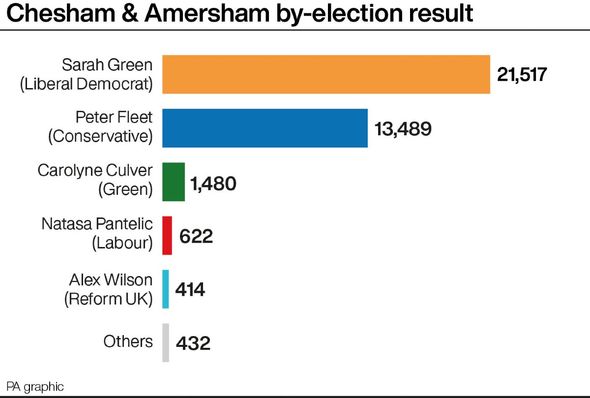 Labour even lost their party’s deposit by scoring such little support in the southeast seat.

Polling expert Sir John Curtice told BBC Radio 4’s Today programme that he made it the “worst Labour performance in any by-election” after it took just 1.6 percent of the vote.

The downturn in support for Keir Starmer’s Labour Party is apparent.

A Liberal Democrat revival following its abysmal run in 2019 spells bad news for Labour, even with a general election several years away.

Despite this, Labour MP’s have brushed off the result as tactical voting, rather than having anything to do with Labour’s recent poor performance across polls and other by-elections since Keir Starmer became leader.

Jess Phillips, a Labour shadow home office minister, said there had been a “realignment” in the idea of “safe seats” after the Liberal Democrats’ victory in Chesham and Amersham. 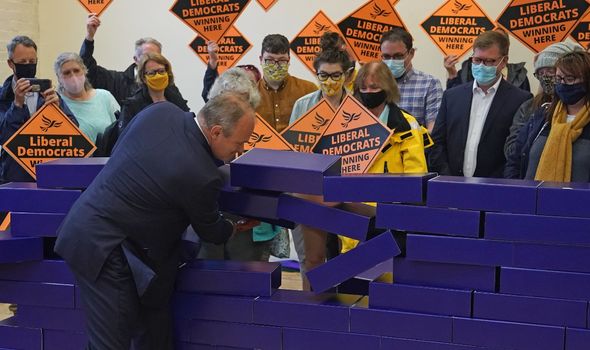 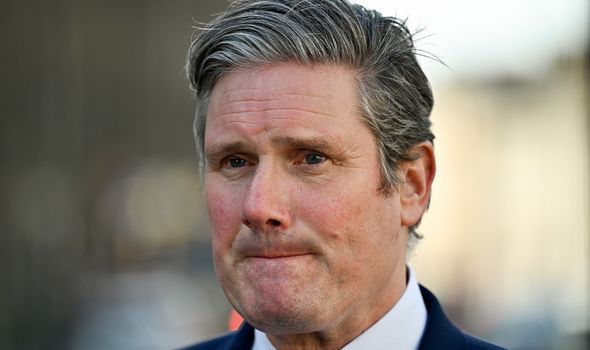 Speaking to BBC Radio 4’s Today programme, Ms Phillips said the result was “a vote against the Government”, where local people “went for the most likely candidate to win in that case”.

She said she was “reticent” to talk about party coalitions when asked if her party should make a “pact” with the Liberal Democrats and “pick your battles”.

“I think that the people who might want to vote Labour in Chesham and Amersham, that we should fight those battles,” she said.

“I quite like it when voters corral to send a very clear message.”