The MP for Harlow admitted he and other members of the British Jewish community had been left wondering whether the UK remains a safe place for them. The community suffered a series of attacks amid repeated clashes between pro-Israel and pro-Palestine activists in the country. Mr Halfon challenged Community Secretary Rober Jenrick to take action in the House of Commons after a video surfaced of men carrying Palestinian flags hurling violent antisemitic abuse at Jewish passers-by.

The Tory MP said: “As a proud Jewish MP, I never imagined that I would live at a time when myself and the Jewish community whether Britain is a safe place for Jews anymore.”

He continued: “In a 2018 House of Commons debate on antisemitism, I said the air had grown tighter for Jews.

“When you feel very hot, you undo a button on your shirt and your mouth goes dry. Sadly, after yesterday’s horrific incident, particularly the Rabbi being beaten up in Essex, I feel that air has become even tighter.

“Since 2018, the Community Security Trust recorded the highest ever of antisemitic incidents, over 1,800 in 2019. In Harlow, just a few days ago, swastikas were graffitied on walls in a public walkaway. Thankfully, now removed.” 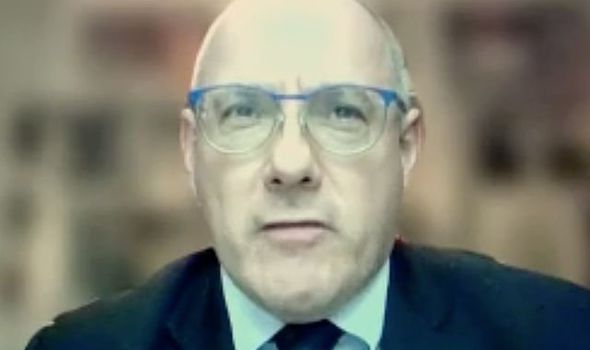 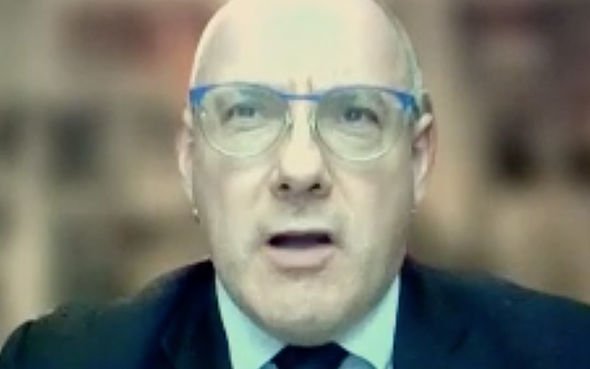 Mr Halfon added: “Why, in the 21st century, must Jewish schools and synagogues have guards outside? The growth of antisemitism has happened for a number of reasons.

“There are too many what Vladimir Lenin called useful idiots. Whether it is some Labour activists and those who use the conflict in Israel as an excuse.

“Whether it is the BBC’s Jeremy Bowen telling Jews to read negative articles about Jews. Or the NUS giving moral equivalence to antisemitism and what they call the liberation of Palestine.

“I remind the House the so-called liberation has been conducted by Iranian-funded extremist Islamist groups, Hamas and Hezbollah.

“What protection and support are being given specifically to Jews and support to the Community Security Trust? What is the Government doing to educate people about antisemitism so this evil is wiped out? Will there be severe penalties for those found guilty of antisemitic behaviours?” 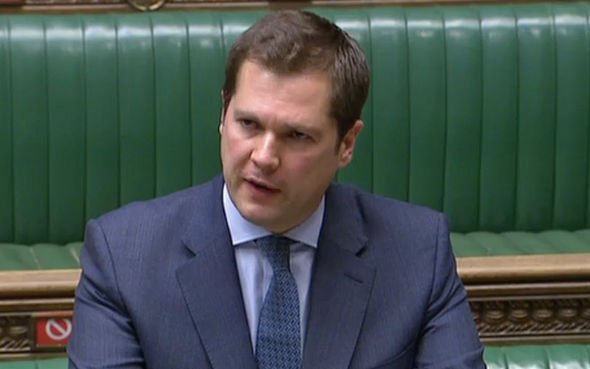 Mr Jenrick, replying to the MP for Harlow, told the Commons: “We must ensure that this is a country in which our Jewish friends and neighbours feel safe – and I’m sure the whole House will send a strong message today of support and reassurance to them.”

The Conservative frontbencher said the Community Security Trust has “reported to us this week a steep rise in antisemitic incidents, a 320 percent increase in a week”, adding: “That is likely to rise further as there’s always a delay in reporting.”

For Labour, shadow home secretary Nick Thomas-Symonds said: “What we saw and heard on the footage of the streets of London yesterday was vile antisemitism and sickening, threatening misogyny.

“Those who engage in this appalling, terrible behaviour should feel the full force of the law.”

Dame Margaret Hodge said “we have to be able to debate and disagree without Jew hate or Islamophobia taking over”.

The Labour MP for Barking, who is Jewish, told the Commons: “This House is sending out a very strong message today denouncing this vile racism, but our message can’t just be for today. Tragically, the Israeli/Palestinian conflict will not go away and we have to be able to debate and disagree without Jew hate or Islamophobia taking over.

“So my question to the Secretary of State is this – what action is he taking beyond today and beyond the brilliant work that the Holocaust Education Trust are doing with young people to inform and educate communities throughout Britain including the elected representatives so that a discussion on an international conflict does not morph into a national expression of hate?

Mr Jenrick responded: “She’s right to say that this is sadly just one of a number of incidents, and incidents of this nature have flared up in the past when conflict in the Middle East has done as well.”

He went on: “We need to ensure that we are rooting out anti-Semitism, doing that through education working with all parts of society.”